2016 BMW 7 Series: Thinking of Everything 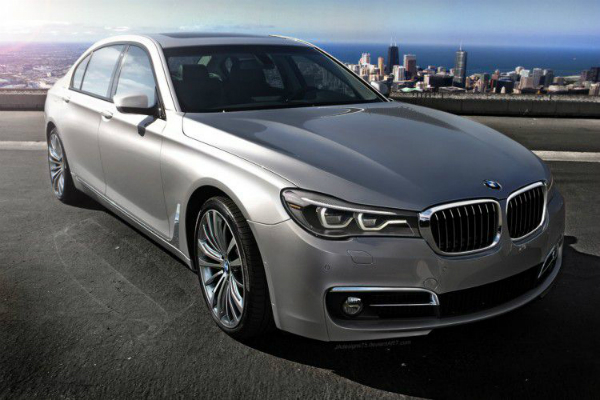 The 7 series has always been as much of a benchmark of luxury as the S-class. Historically, the difference being that BMW had driver-centric ergonomics while Mercedes was much more of a personal limo. The Bavarian company has been so vocal on this mindset they went so far as to dub themselves the ultimate driving machine(s). The 2016 BMW 7 series is far more passenger-centric, and in that regard, they seemingly thought of everything. The driver gets a few new and unique features. The car shed almost 200 pounds, kept Rolls Royce’s satellite aided 8 speed automatic gearbox, added an air suspension, active steering, a grille that hides engine cooling vents, and optional electromagnetic roll bars, which should be fun paired with standard 320 horses on the 740. That will take you up to 60 in under 5.5 seconds. The 445 horsepower V8 750 will do the same in a blinding 4.3 seconds. Rolls Royce is also rumored to provide a 600 horsepower V12 for the distant 760. The pending BMW 7 series is also equipped to deal with everything it thinks the road is throwing at you, with an S-class inspired predictive suspension. There are cameras pointed at the road in front of car to adapt to oncoming hazards, potholes or whatever else you might regularly run over. It also made some safety features less dismissible. For example, if your blind spot warning is blaring, and you decide to ignore it and turn anyway, the wheel won’t let you without a struggle. The last driver-focused gadget seems a little gimmicky to me. There are 5 pre-programed gestures, one being spinning your finger clockwise or counter to increase or decrease volume. One can also program the car to understand different hand gestures for different functions. That is the first of a treasure trove of detail oriented improvements. BMW 7 series seems to be putting all their eggs in the cutting edge technology department. The car will also have more screens than best buy (per square inch maybe?). There is even a removable touchscreen tablet in the rear center armrest for the rear passengers to control share control of the car. If that is not impressive enough, the key fob can be equipped with an informational touch screen as well. BMW may have made the most comfortable vehicle ever. I don’t know about the other seats, but at the helm, even the armrests are heated and massaging. But that is nothing compared to riding like Ms. Daisy. The front passenger seat can be folded down, exposing a legrest for decked out reclining rear seat. The back seat, mind you, is unavoidably massive since the impending 7 series will only be featured as a long wheelbase. There are so many features new to the 7 Series that not even the US government cannot keep up. In other countries the high beams were replaced by safe lasers to maximize illumination and minimize light-fried retinas. Same with lane assist, in other countries you can take your hands off, and allow the car to guide you, but in the states you should always have at least one hand on the wheel. There is also a remote parking option that allows the driver to exit the vehicle and watch their car park in a space too tight to open the door. The 2016 BMW may or may not have made a perfect detail oriented driver’s car (it will be tough to be Audi in that category), but at least the passenger will be thinking of everything they can do in their cloud of comfort and WiFi.