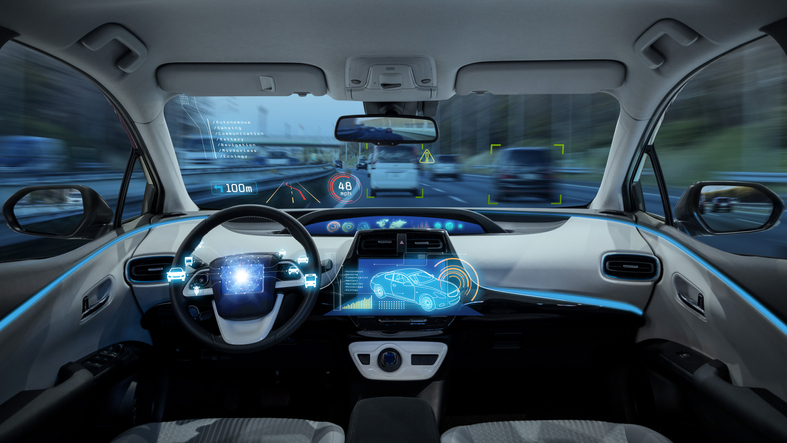 To keep people safe in their vehicles, automakers are developing new active technology that’s designed to prevent accidents. This tech gear is being added to everything from tiny compact cars to behemoth SUVs. As more of these systems reach the market, the complexity of them can make it difficult to understand what they do. Here’s a list of the latest vehicle safety features and a description of how they keep occupants safe.

Automakers are adding forward-collision warning, or FCW, systems to many vehicles. These systems are also known as pre-crash warning and pre-collision warning systems. It is one of the more basic active driver aids available, and it works by alerting the driver when it detects an impending crash. However, it doesn’t feature the gear that it needs to prevent a crash. The potential collision warning method varies between different automakers and vehicle models, but most vehicles with this feature notify the driver using audio cues or warnings in the gauge cluster. Some vibrate the driver seat or the steering wheel.

Autonomous emergency braking, or AEB, combines driver warnings with braking intervention. It works by issuing an alert to the driver when it detects an imminent crash. If the driver fails to respond quickly enough, the system actives the brakes to decrease the intensity of or avoid the collision. This system is designed to detect other vehicles, but depending on the system, it may not detect pedestrians or other objects in the road. AEB may also be referred to as a collision-avoidance system, pre-collision system with auto brake and collision mitigation braking system.

Lane departure warning, which is also called a lane monitoring system, requires a car to have onboard cameras because the system uses them to watch lane markings when drivers travel over certain speeds. If the vehicle leaves its lane and fails to active a turn signal, then the system will issue a visual warning, audio cue or activate a vibration, alerting the driver. Some systems vibrate the steering wheel to recreate the feeling that the vehicle is driving over a rumble strip in an attempt to alert the driver that he or she needs to make a steering correction.

Another useful safety system is lane keep assist. Automakers also call it lane centering assist, steering assist, and lane-keeping assist. While a lane departure warning system notifies the driver of dangerous lane drifts, lane keep assist will take steps to keep the vehicle in the middle of a lane. This requires less steering action by the driver. Those who buy vehicles with the system will need to be aware of the safety feature’s limitations. It uses cameras to track where a vehicle is in a lane so obstructed or faded markings may prevent them from working properly.

Modern-day safety systems use different methods and technologies to keep people safe out on the road.