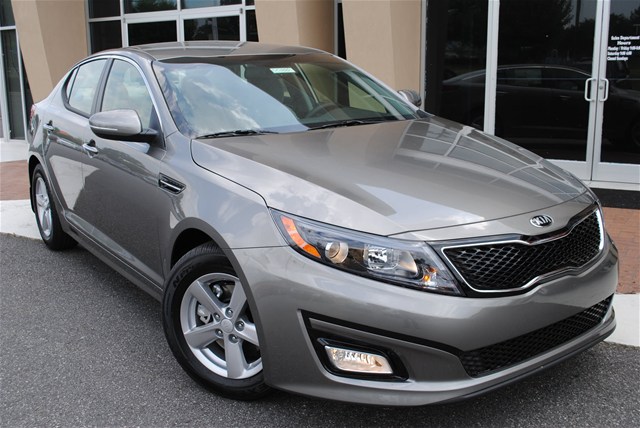 If you are looking for just another bland family ride, the 2016 Kia Optima is not for you. This sedan has eye-catching style and an agile chassis that makes it stand out from the rest. With two turbo four-cylinders, the base engine is an 185-hp four with six-speed automatic. It comes standard with cruise control, satellite radio, and Bluetooth, giving the competition a run for their money. The 2016 Kia Optima has an EPA gas mileage rating of 22/32 mpg, will accelerate from 0-60 in only 6.8 seconds, 245 hp and can reach a top speed of 153 mph. It is ranked number five among family sedans, surpassing the Ford Fusion and the Nissan Altima, and retails for $22,840-$36,740. Drivers report that this version of the Optima not only has an attractive design but also is quieter to drive. In fact, at 71 decibels with a wide-open throttle, it is still four decibels quieter than the previous model. As with all vehicles, there are some drawbacks to the 2016 Optima. Some drivers report that it is overall slower than previous year’s models and that its paddle shifters are less than satisfying. Its horsepower has now been downgraded from 274 to 245. However, it has plenty of redeeming qualities, such as its new 1.6-liter turbo four-cylinder with a seven-speed dual clutch automatic transmission on the LX trim. Drivers state that it delivers a thrust in a more linear and predictable fashion than previous models did. One of Kia’s goals of recent years has been to eliminate criticism that their vehicles fall short of refinement. The 2016 Kia Optima certainly goes a long way in meeting their goal. Inside the cabin, drivers will find rich nappa leather with real metal trim on the doors and dash. When it comes to cabin luxury and refinement, this family car puts some other cars to shame. An eight-inch display screen functions as a display and control screen. It is angled toward the driver, however, this feature can be problematic if the passenger is asked to perform the navigation. The dash has a rectilinear design with a minimalist appearance. Some drivers liked this feature who saw a clean design, and some did not, as they found it lacking detail and design. If minimalist is not your style, you will appreciate the multitude of controls, gizmos, buttons, and knobs offered in the 2016 Kia Optima complete with the $4800 Premium Technology package. This package features front collision warning, adaptive cruise control, an electronic parking brake, a lane departure warning, and autonomous emergency braking. Despite its few drawbacks, the 2016 Kia Optima is expected to see growth in its sales as more drivers are memorized by its finer qualities.