2019 BMW X4: The Crossover of all Crossovers 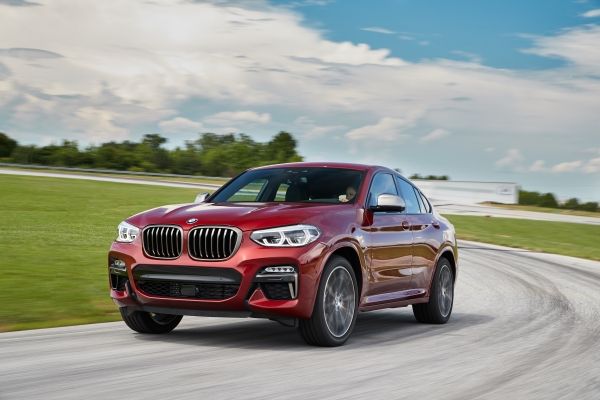 The 2019 BMW X4 is the crossover of all crossovers. Technically categorized as a Sport Activity Coupe, the X4 features the ground clearance and visibility of an SUV but drives like a car. The 2019 X4 is a little different than last year’s model. It weighs less and is now more aerodynamic. BMW gave this year’s model a low center of gravity along with a wider track, improving the vehicle’s driving dynamics.

This is the second generation of this model, and it’s a bit longer and lower in general. By making the coupe longer, BMW gave it a few advantages over the earlier model such as more cargo space and legroom. The 2019 X4 also has more headroom. While car buyers won’t get the space that SUVs offer in the cargo area, the X4 offers plenty of room for groceries with 18.5 cubic feet of space available. When the second row is folded down, the space extends to 50.5 cubic feet.

BMW is offering the X4 in two trims, which are the X4 xDrive30i and the X4 M40i. Both models come with all-wheel drive as a standard feature while the xDrive 30i has a 2.0-liter four-cylinder twin-turbo engine that produces 248 horsepower. To power aficionados, the four-cylinder may not seem like enough muscle, but BMW made sure that there was nothing to worry about in that area. The X4 reaches a speed of 60 miles per hour in just 6 seconds.

The X4 M40i is the model’s more powerful option. This vehicle comes with a turbocharged 3.0-liter inline-six. The engine offers drivers a bit more torque, and it generates 355 horsepower. With the M40i, BMW included an adaptive M suspension that has dynamic damper control to decrease body roll.

When it came time to redesign the X4’s interior, BMW not only gave it more space, but the car company also gave it a clean, new style. The navigation system is standard, and the vehicle has a big 10.25-inch touchscreen positioned at the top of the dash. Controls and vents are slimmer, and they have a more horizontal layout. These modifications have made the controls and knobs easier to reach. The change also created a space for storage beneath the climate control settings.

The crossover’s seats are comfortable, and they offer plenty of support. The cabin has road noise blocking technology, and the available interior materials are the high-end kind that you’d expect from BMW. Car buyers can upgrade the vehicle to include a Harman Kardon audio system as well as heated seats and a wireless smartphone charging system.

BMW’s X4 Sport Activity Coupe is not only a fun vehicle to drive, but it is also comfortable to ride in. With its sleekly designed exterior and sophisticated interior, the X4 is the kind of vehicle that anyone would be proud to own.