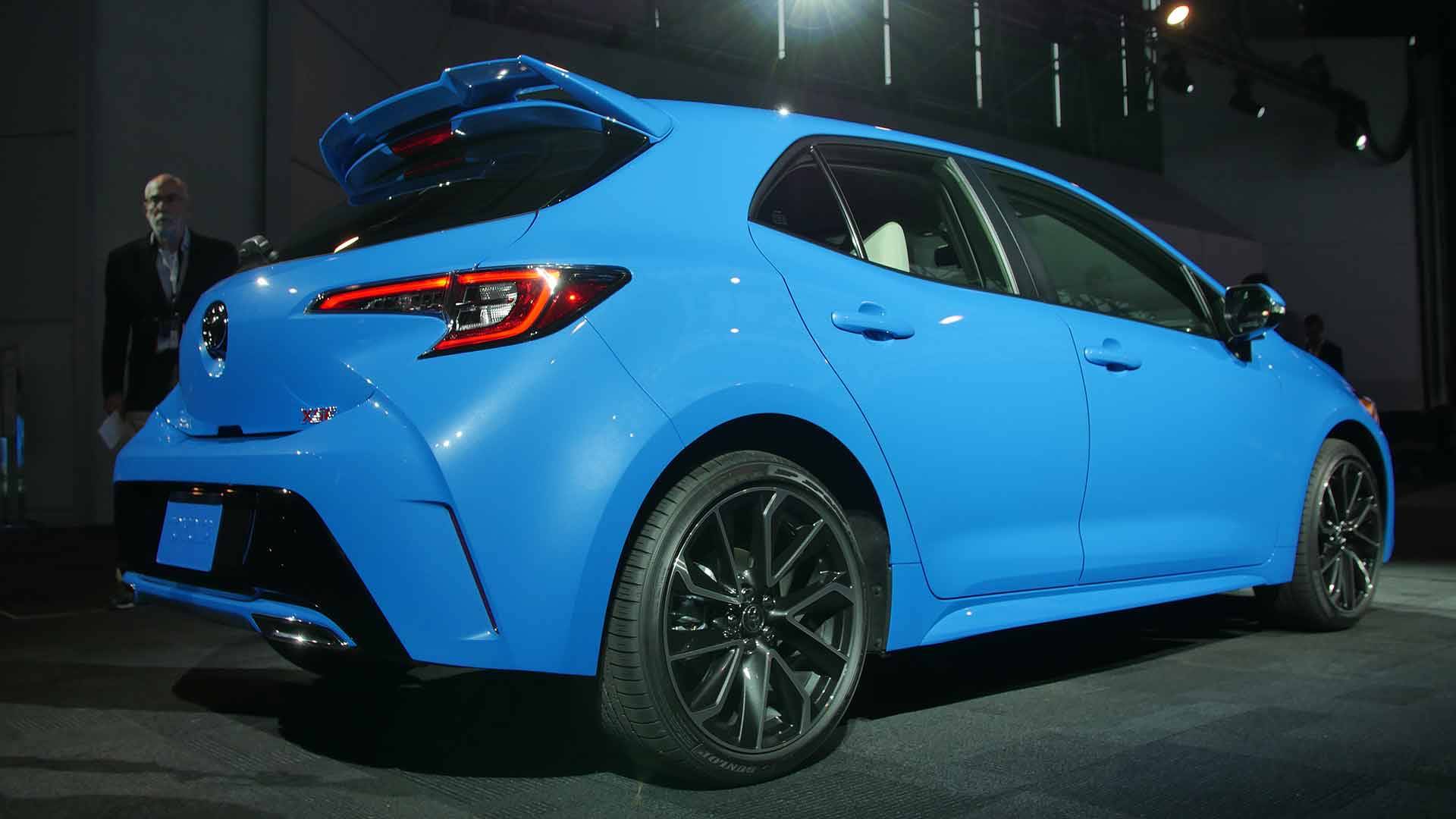 Hatchbacks have long been a popular vehicle style with U.S. drivers. For 2019, Toyota is bringing out the Corolla Hatchback, a car that has just enough attitude and plenty of practicality. The vehicle is a new model for Toyota, and it comes with some fresh technology.

Buyers can get the 2019 Corolla Hatchback in two trim levels, which are the SE and the XSE. The SE is equipped with safety features like LED headlights and taillights, an 8-inch touch-screen infotainment unit, a Smart Key that the vehicle’s buyers can just leave in their pocket and two USB ports. It also has the standard 60/40-split rear folding seats to take full advantage of the hatchback design. The XSE comes with upgrades like leather upholstery, a power driver’s seat, heated front seats and dual-zone climate control. The vehicle model’s lower trim levels are equipped with 16-inch aluminum-alloy wheels. Those who upgrade to a higher trim will have a vehicle with 18-inch aluminum-alloy wheels.

The vehicle’s exterior styling is streamlined and smooth. While the glovebox and center-console bin feel a bit small, the controls on the center dash are nicely placed. It comes with hand-operated controls that add convenience since drivers are letting auto companies know that it can be challenging to activate volume and temperature controls that are only available via a touchscreen. Toyota clearly paid attention.

Toyota is offering a new color with the 2019 Corolla Hatchback called Blue Flame. The shade is striking and brilliant. The model features a low-riding profile in addition to 18 cubic feet of space behind the second row. Toyota developed the interior with plenty of room for the vehicle’s occupants.

With the 2019 Corolla Hatchback, Toyota is including a new 2.0-liter engine that generates 168 horsepower and 151 pound-feet of torque. This four-cylinder engine gets 28 miles per gallon in the city and 37 miles per gallon when traveling at highway speeds. The vehicle’s starting price is $20,910. The base model comes with a manual transmission while higher trim levels feature a continuously variable automatic transmission.

Car companies are starting to upgrade the safety gear that they’re adding to their small cars. For the Corolla Hatchback, Toyota is adding systems that can detect stopped vehicles, pedestrians and cyclists. It also comes with adaptive cruise control that speeds up or slows down as needed to maintain the speed that the driver sets. It also comes with a lane-departure warning system that has steering assistance.

Those who buy a Toyota will appreciate the vehicle brand’s resale value. With its firm and responsive steering as well as overall ride quality, the 2019 Toyota Corolla Hatchback is a compact vehicle with a big personality.