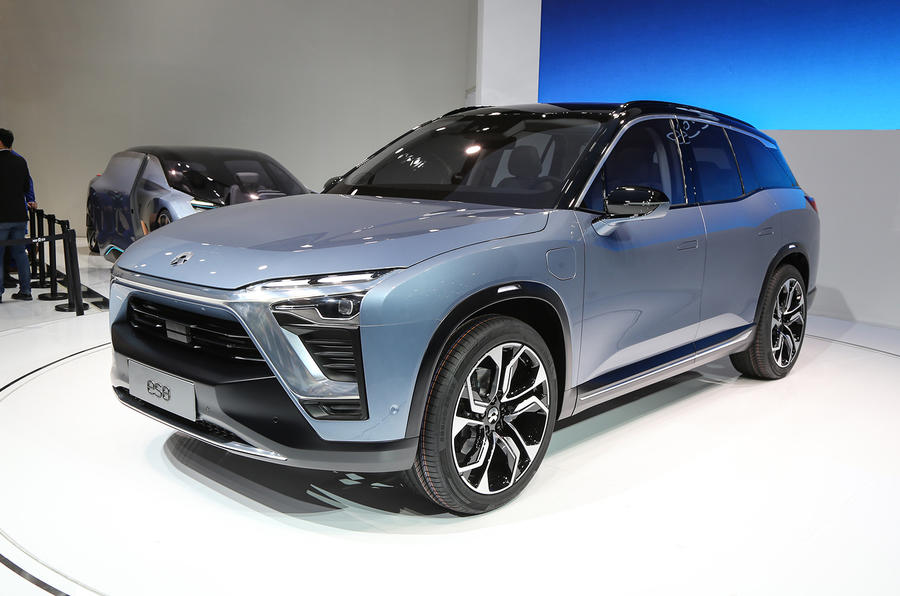 Electric vehicle developments promise to provide drivers with an efficient way to get from point A to point B while reducing their reliance on gasoline. These vehicles promise to be a tremendous ecological step up, minimizing emissions and optimizing performance through electric motors. Many major auto manufacturers are focusing their resources to provide drivers with an affordable and reliable electric vehicle option. Tesla has been one of the most progressive brands in this field, though now many other manufacturers are beginning to step their game up in order to better compete with the electric car giant. One of these challengers is an electric vehicle startup in China, and though the new brand is just starting out, it is already beginning to turn heads.

Recently, the startup known as Nio, has unveiled their ES8 SUV in Shanghai at the renowned Shanghai auto show. In revealing such a vehicle option, the electric car startup made a tremendous move to challenge the electric vehicle production at Tesla. The market has been extremely active, given the tremendous amount of attention that all interested drivers pay to electric battery-powered vehicles. With the unveiling of Nio's new electric SUV, the brand had said that they are planning to send the vehicle into production by the conclusion of 2017. The vehicle is planned to be specifically available for the market in China, and new deliveries are expected to begin as early as 2018.

This promises to be big news, as China has had more electric vehicle sales across the country than the combined numbers in both Europe and the United States in 2015 and 2016. Many analysts believe that this trend is not likely to go away or slow, as the Chinese government continues to produce new regulations designed to tighten up their standards for fuel emissions. Similarly, Tesla has been focusing on establishing a presence in China as well, and the brand was able to triple its revenue stream in China in 2016, up to $1 billion, though the major brand continues to make more sales in the United States.

In addition to the increased demand of electric vehicles in the country, Nio is planning ahead by releasing a large SUV, which has also been in high demand in recent years. Some of the larger details are still unavailable, but the brand has said that the electric SUV is planned to seat seven and will feature an all-wheel drive option to improve handling in any road conditions. With such developments on the horizon, many fans are excited to see what the brand will be able to provide for such a rapidly changing automotive landscape in a particularly competitive region.