A Tale of Two Batmobiles 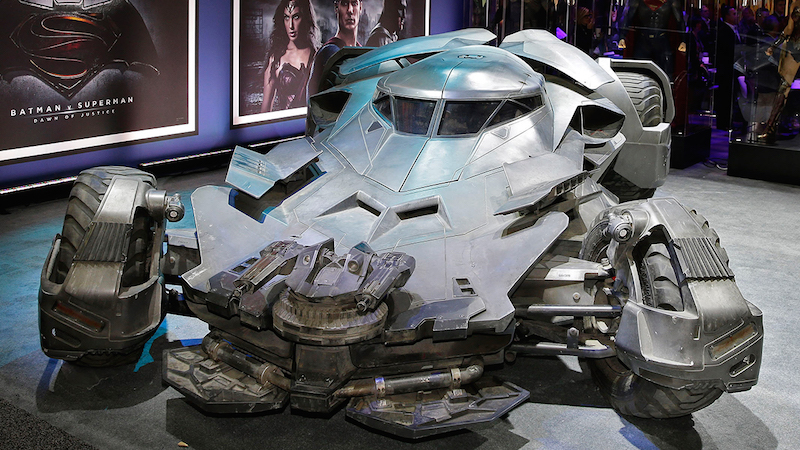 Most kids grow up wanting to be Batman—after all, what’s cooler than fighting crime in a sweet ride like the Batmobile? The look of the Batmobile is typically among the most anticipated aspects of any Batman film, which explains the considerable excitement surrounding the reveal of the new Batmobile that will appear in next year’s Batman v Superman: Dawn of Justice film. The new Batmobile was publicly revealed at the 2015 Licensing Expo in Las Vegas. Its dimensions are 20 feet long and 12 feet wide, making it quite the intimidating beast to see cruising the streets of Gotham. What’s more, the vehicle is heavy, weighing in at 7,000 pounds, while still being nimble enough to reach speeds of up to 205 miles per hour. The Batman v Superman filmmakers claim that the new Batmobile is powered by "an unmatched hybrid of prototype military and civilian performance technologies." In terms of appearance, the updated Batmobile looks to be a cross between the sleek, limo-like vehicle from the Tim Burton Batman movies and the armored Tumbler in Christopher Nolan’s trilogy of Bat-films. The latest Batmobile was first glimpsed last month in Toronto during shooting of the upcoming Suicide Squad movie. Here’s what the vehicle looks like in action, courtesy of USA Today:

With a Batmobile that can reach those kinds of speeds, there’s little chance of the Joker getting away! Meanwhile, in Scranton, PA, a car enthusiast named Ron remodeled a 1991 Geo Tracker to resemble the iconic Batmobile featured in the 1960s TV series. In terms of design—if not body and performance—the customized Geo pays tribute to the old-school Batmobile with its customized jet-black paint job and scalloped bat-wing fins. Scranton-area residents who might be interested in purchasing the redesigned Geo Tracker Batmobile can check it on their local Craigslist page. And for great local new and used autos that perform like a crime fighter’s dream, head on over to Auto Publishers—the decisive leader in automotive listings!