Are Flying Cars Feasible? Some People Think So 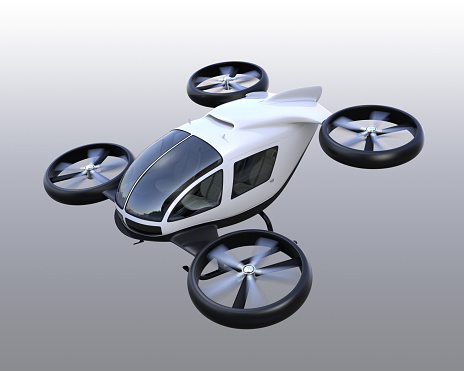 While the technology may not fully exist yet, some names in the automotive industry think that flying cars are not just a possibility, but they’re actually closer than we think. Companies are joining forces with the aerospace industry to make the dream a reality, and some creative startups are also getting in on the game.

Elon Musk recently caused a stir on Twitter by announcing that the new Tesla Roadster would be able to fly short hops, and Tesla isn’t the only company experimenting with flying car technology. Uber, the ride sharing company, recently revealed that they have been forming partnerships with five aerospace companies to help them develop the technology for flying cars. The company wants to use vertical take-off and landing vehicles for everyday commuter transportation. The various aerospace companies that Uber is working with will come up with their own methodology and techniques to make flying cars a reality. Jeff Holden, Uber’s head of product, announced that they want to pilot an aerial taxi service in Los Angeles, Dallas, and Dubai by the year 2020. The plan is ambitious, but working with five aerospace companies on the technology should make the due date a lot more feasible.

The Australian startup, Alauda, recently popped up with the goal of creating flying racing cars. They announced their plans to host the first flying car race in the Australian desert in the year 2019, and have already built a small prototype called the Alauda Mark 1 Airspeeder that they plan to test in 2018. The Mark 1 Airspeeder is a racecar-shaped squadcopter. Unlike the boxcar racer, the updated body is a lot sleeker and built out of lightweight materials that allows the vehicle to easily fly in the air. The company has already created a promising prototype and are now working with the Australian government to get the all clear on any rules and regulations regarding airspace usage.

There are still many problems that need to be worked out before flying cars can truly take off. Theoretically, they will be very loud since motors and engines in flying transportation tend to make a lot of noise. There will also be a lot of wind force generated. In other words, if a flying car were to fly above you, it would get windy very fast and it would cause your hair and papers to fly everywhere. Some other hurdles getting in the way of flying cars include: insufficient power-to-weight ratios, scarcity of lightweight composite materials, and the many regulatory hurdles that come with experimental technology.

We’re still a long way away from the silent flying cars that have been popularized by sci-fi films such as Blade Runner 2049 and Total Recall, but the best minds in the automotive world are working on ironing out the kinks with aerospace partners. Here’s hoping we get flying cars sooner rather than later.