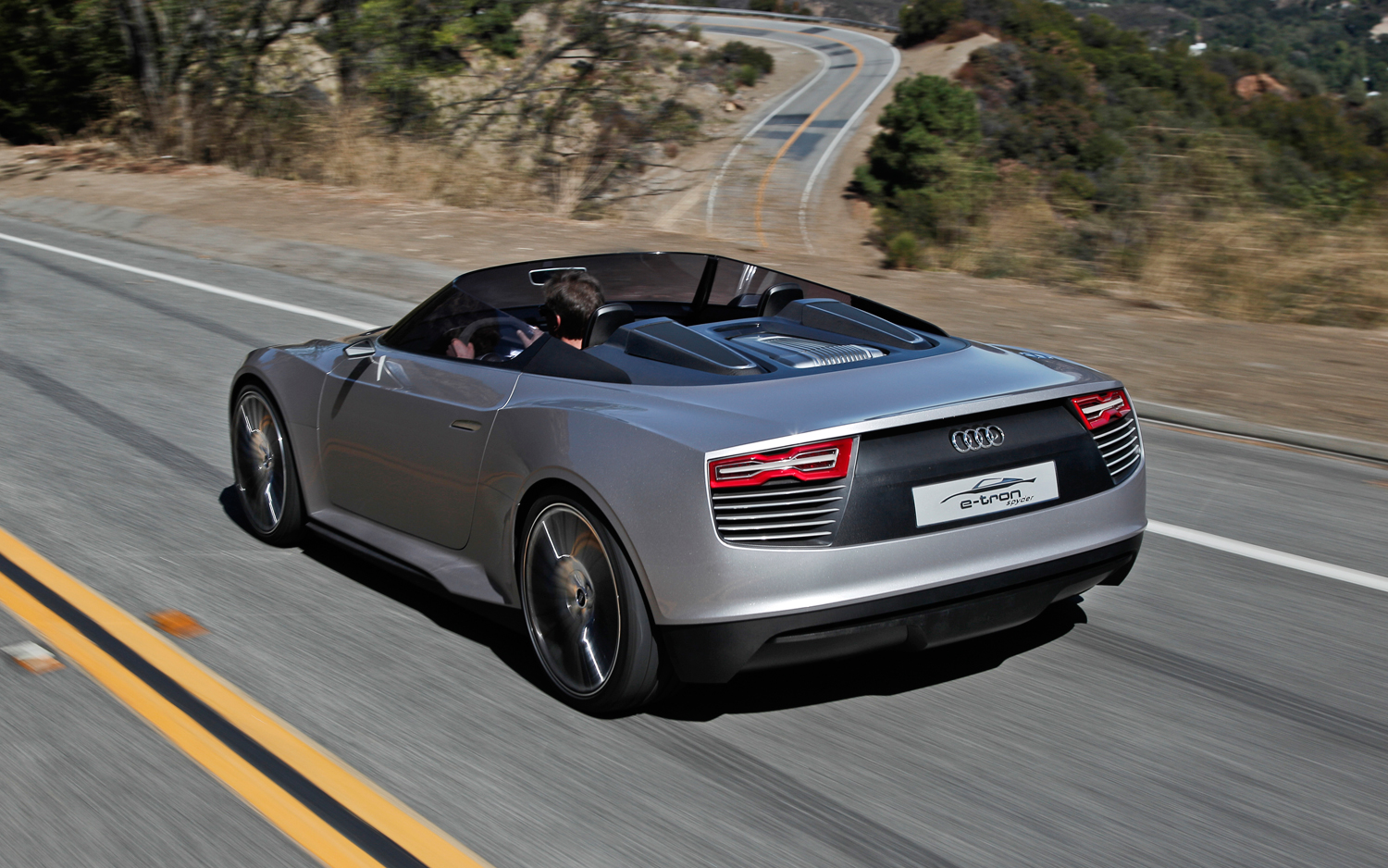 Hybrid technology picked up steam (or took charge) in the 70s during the oil crisis. It was not widely implemented, but it was heavily researched. The first major company with a feasible evolved electric hybrid was actually Audi in 1989 with their 100 Avant based Duo, but it was scrapped duo to the excessive weight of the batteries. Then came the Prius. It was the first hybrid that made no major sacrifices for efficiency. After the Prius revolutionized the market, people wanted more miles for less gas. Also of concern, was the rise of Climate Change awareness. This promulgated the want of more electric propulsion. This desire was satisfied by a recently enriched Elon Musk, who set out to make a fully electric automobile. Audi also had plans to electrically evolve their auto market, thus the e-tron project coincided with Musk’s fundraising campaign. The car that started the charge is now known as the R8 e-tron, because it strongly resembled the R8 in both appearance and performance (excluding a low top speed of 124 miles per hour (mph)).The concept predated the release of the most important car of the last 100 years the Tesla Model S. For those doing the math, the Tin Lizzy was in 1908 (the fact that it was produced until 1927 will be ignored). Granted, the Roadster had already been released by that time (2008), but that was just a Lotus Elise with batteries and electric engines intricately bolted on. Which is by no means an insult, it just serves as a reminder of quality. The Tesla Roadster was phenomenal as a primogeniture, but as an actual car it had issues. It was uncomfortable and unrefined, but it was first, so most is forgiven. The e-tron on the other hand, was an Audi. Looks are comparable between the two: eccentric and acquired, but always appealing nonetheless. The difference is in the details; as in: one focuses on them and the other does not. Both had a range 100+ miles deriving from their 53 kWh battery, a 123-mph-ish top speed, sub 5 second 0-60 times and 2 seats but they skew from there. The Roadster was a better pitch. A quick car with an Elise shell that weighs less than 2800 pounds, and a projected 240 mile range. Unfortunately, it was jagged and ragged around the edges. Among many, the most prevalent issues revolve around amenities, as in there are none. The seats are like church pews; in that they are supremely uncomfortable, and one is probably praying on them… especially if they are moving. The canvas roof was about as airtight as an open window. However, most troublesome were the mechanics of the first few models. At first the transmission did not work, but it was remedied. The e-tron prototype was a pleasant prospect in parallel despite the fact it was far heftier. Though, the heft was directly due to the opulence of convenience. The 4400 pound curb weight afflicted many aspects, chief among them being the range, which was only 150 miles. Despite the weight, the e-tron would probably be the victor in a race. The cutting edge torque vectoring the e-tron enjoyed was a result of the individual electric motors on the rear wheels. While the chargeable Audi was technically a better car even in its prototypical concept form, moving the first generation ahead on to the production line would prove too formidable for feasibility in the midst of management changes at Ingolstadt. The ardour was aggravated by the Tesla Model S’s introduction in 2012, the e-tron would be more work than it was worth. Thankfully however, the Audi R8’s first evolution will feature a gorgeous electric auto version for $250,000(?).