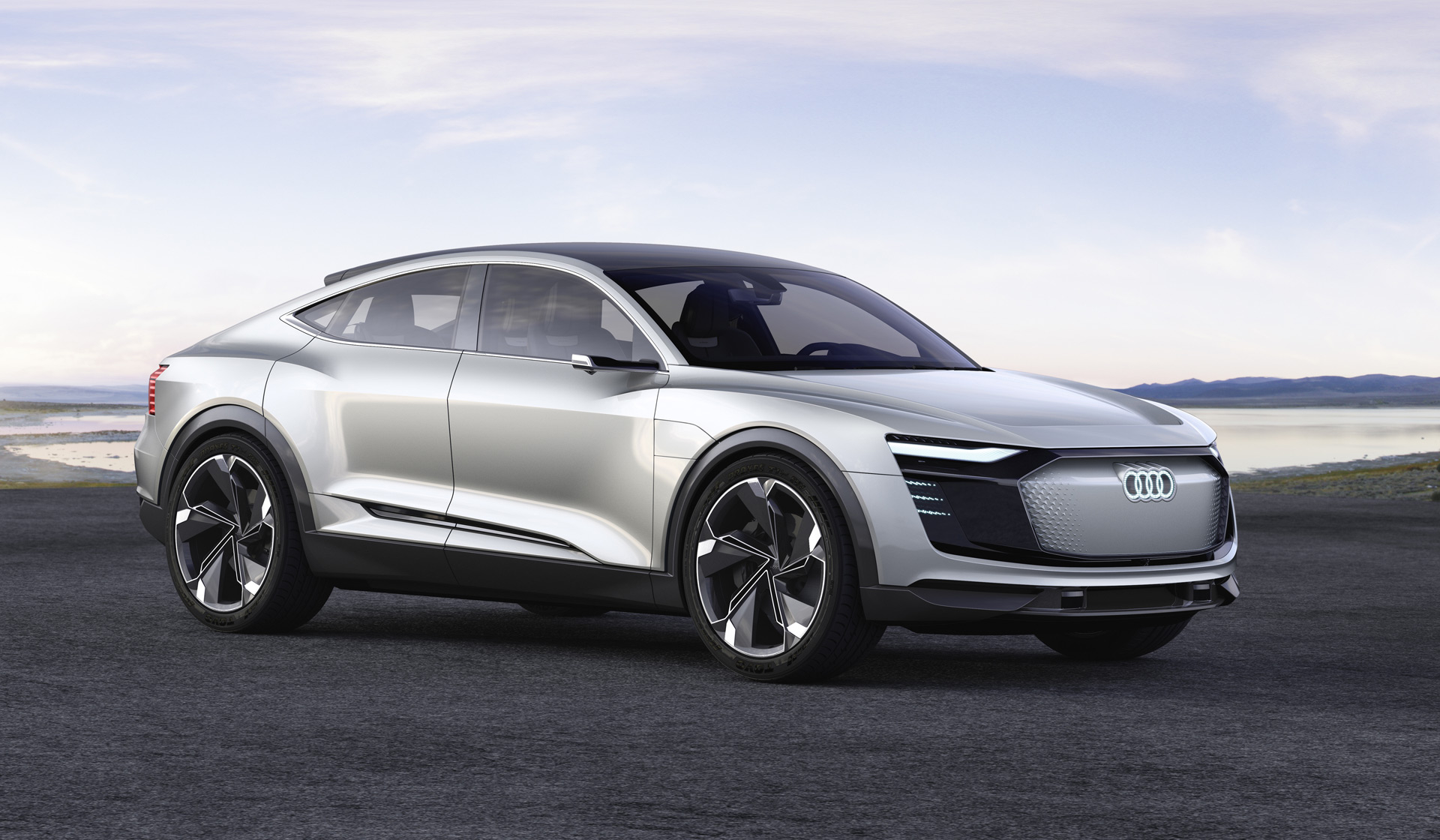 Audi has announced an ambitious goal of releasing 15 to 20 electric models by the year 2025. By the year 2030, they want every model in their fleet to be electric. Audi is the latest car brand to join in on the electric revolution. As European countries plan to phase out and ban the sale of gasoline, the demand for electric cars will increase and car companies will need to prove that they can keep up. Audi’s parent company, Volkswagen Group, is stepping up to the challenge by investing over $84 billion into the development of electric vehicles. Currently, the only electric car that Audi sells is an A3 plug-in hybrid.

At the moment, Audi has a good start on their electric goals. The luxury brand currently has two electric models in late stages of development, the e-tron Quattro (an SUV) and the e-tron Sportback (a hatchback). The “e” signifies that the car is electric. The Quattro will be released next year and the Sportback will go into production in 2018. The Sportback will first be released in Europe at the end of 2018, and will later be released in America at the start of 2019. These two models are poised to become one of the first true rivals for Tesla’s Model X.

The development and production of these models will take place in Brussel, Belgium. The Belgium plant will undergo a much-needed expansion in order to support the production of electric vehicles. Peter Meterns, Audi’s development boss, has stated to the press that eventually Audi plans to have an e-tron in every segment. Once Audi has an e-tron in every segment, the cars will be produced in Audi plants all over the world to make for an easier production and release schedule.

Audi wants to further improve the functionality of the electric car. Instead of the car having a range of 30 to 50 miles on a single charge, Audi wants the car to go upwards of 300 miles for an SUV and 150 miles for smaller models. Audi plans to oversee the development of all upgrades regarding electric cars on its own. Audi being in complete control of the development stage gives the company more autonomy in decisions and will also make for easier communication amongst teams. The end goal of development is to offer more variants of electric vehicles. Instead of buying a vehicle that has all the same features as every other vehicle, customers can opt for buying bigger batteries, purchase software enhancements, or get more advanced autonomy systems.

By 2025, Audi wants at least 1/3 of their global sales volumes to be electric cars. The US Chief of Audi believes this is possible. He has faith that the US market share of Audi electric and hybrid cars will be going up in the next eight years. Currently, Audi plans to have battery packs arrive in the US by 2019. US Chief of Audi anticipates that the younger and more highly educated generation will buy these cars since they tend to be a lot more environmentally conscience than their older counterparts. By 2030, Audi plans to have every single one of their cars be electric.

Plans to go all electric were considered ambitious and impossible at one point in time. However, now that demand for electric cars is growing, car makers going electric is now the next logical step in the journey of the current car evolution. Audi’s electric plans are exciting and interesting and they are certainly achievable as well. Here’s hoping they succeed in what they have set out to do.