The Rise of RoboCars 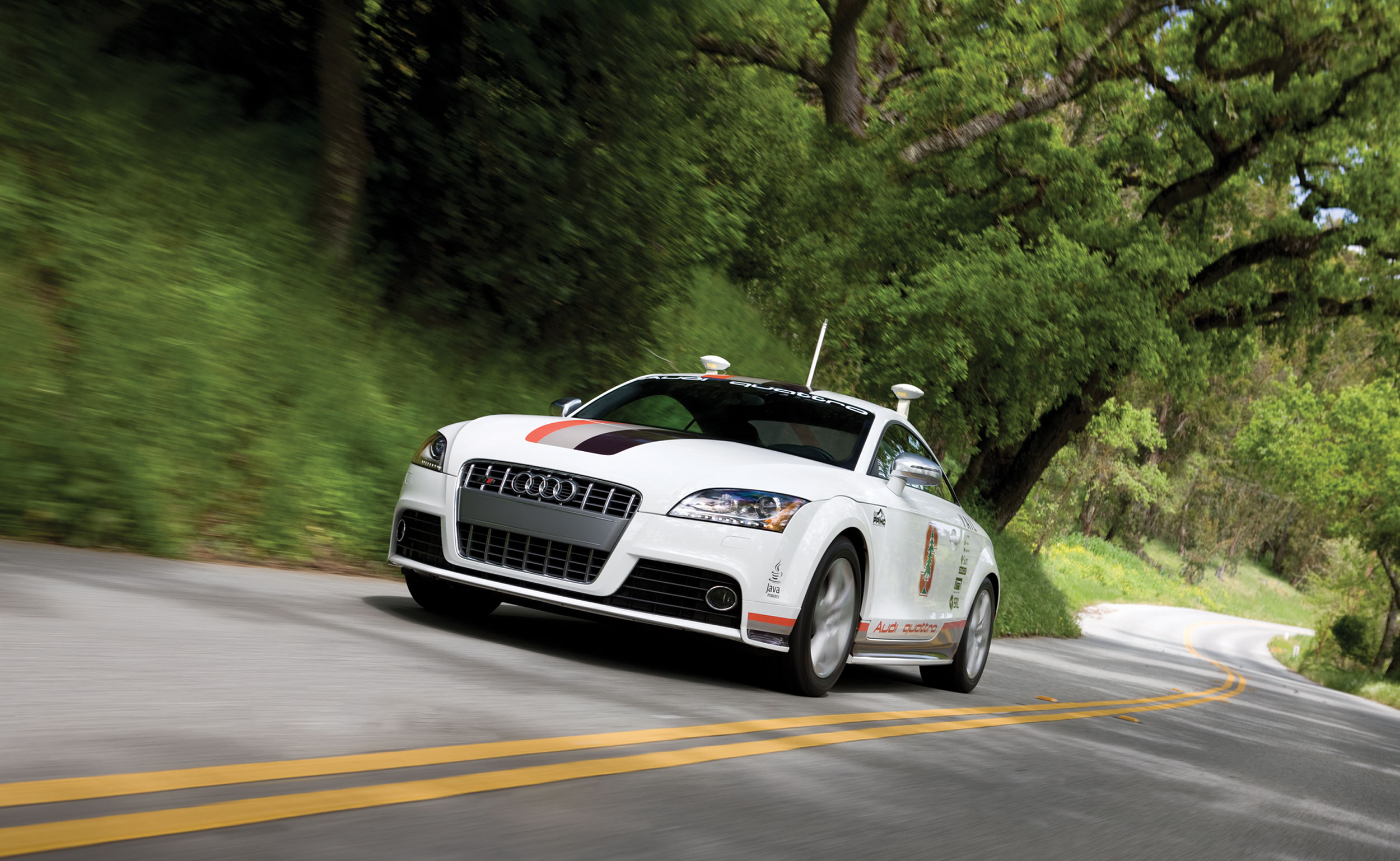 By the 1990s; before autonomous autos even became a fantasy; most technology in cars were in a bit of a rut, most or all of the major technologies necessary for an internal combustion engine to work properly was discovered. Then it became a shootout, how much power could be generated from one engine? The habit was so ingrained that even mechanics devoted themselves to improving on the manufacturer statistics. A certain type of person (maybe a little crazy) could have 500 horses in any shape of car. With the inclination and the right mechanic. So manufacturers had to go a step beyond horsepower, and advance into the realm of Autonomous Autos. Most major automotive achievements have been discovered on a track well before it ever saw a highway. With the rise of video games, everybody thought they could be Michael Schumacher on a track if given the opportunity, so manufactures melded computers to their machines to help one keep all four wheels right side up on a track. This was the birth of auto autonomy. Even people that could not try with their own hands, would watch and see these amazing cars make even amateurs appear seasoned in any track or season. With the rise of shows like Top Gear and MotorWeek anyone was able to see seemingly first hand these technologies in action. It conditioned drivers to trust autonomous technology even before they were available in common cars. Since then, most people welcomed autonomous technology into their cars. It came in many forms: autonomous traction control at first l, and later in windshield wipers with rain sensors or lights that turned on when it was dark. With computing technology increasing so quickly, improvements in autonomy were supplemented by shaper sensors, more memory and now the introduction of interconnectivity. In the last few years we have seen technology get into a full sprint. The car itself is becoming smarter than the driver. There already exists a whole generation of drivers that have never had to open a map in their lives, because cars have had navigation systems since the 2000. So any driver born after 1984 never had to use a map because they were always tracked by a satellite; which is ironic in a George Orwellian way. Even before that there were people that never needed to learn how to shift gears. Now it only purists that shift gears. Soon we will have a generation that never learned to parallel park because their cars will have learned to do autonomously better than they ever could. Now we have cars with an auto-pilot not entirely unlike that of a commercial jet. After years of accelerated advancement in autonomous autos we have finally hit the inevitable hurdle; whether or not we can let computers take complete control of the car. For most people, the answer is a simple and resounding yes... but there is a small matter of culpability. In the event of an accident while in a state of autonomy; who is at fault, the manufacturer, the driver, the code, or the auto? Laws will have to change and/or be implemented; the infrastructure will have to be updated and/or replaced. And manufacturers are going to have to be heavily scrutinized, like never before.