Automatic Braking Projected to be Standard by 2022 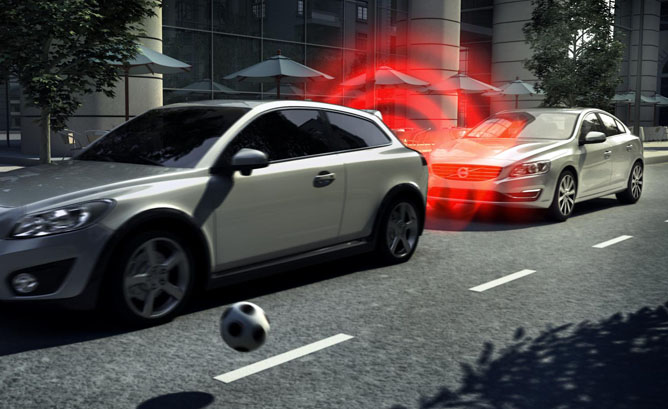 With technology constantly advancing towards self-driving vehicles, it is not surprising that so many automakers are planning on taking components of the self-driving technology and applying them to their own vehicles. As the march towards driverless vehicles continues, realistic goals are being set for vehicular changes, such as in many of the safety features offered by modern cars. Even though driverless cars are exciting prospects, they will not be ready for regular public use until much farther into the future. Still, there are aspects of driverless vehicles that are being applied to modern cars in order to improve overall safety and drivability. One of these aspects is automatic braking.

Recently, a group of 20 automakers came together in order to make autonomous braking systems available for all of their cars. Their plan is to make this technology a standard part of vehicular development by 2022. Some of the biggest names in the automotive industry banded to support this feature, including Audi, BMW, Ford, General Motors, Hyundai, Maserati, Mitsubishi, Nissan and many others. These brands believe that not only is such a technological feature ultimately beneficial for the consumer, but it may be necessary with how many drivers there will be on the roads. Sales are always increasing, and safety is always a primary concern for drivers.

Ultimately, this move is designed to help cut down on the amount of accidents that happen on the road during any given year. According to statistics taken by the Insurance Institute for Highway Safety (IIHS), using automated braking systems in vehicles may be able to prevent over 9,000 accidents and upwards of 4,000 injuries annually. In addition to the drop in accidents, the automatic braking feature may also help those who are struggling with insurance premiums. Such an automatic safety response in the car can lead to a major reduction in automotive insurance costs.

However, it is expected that the adjustment to cost will only occur for those who have purchased a vehicle that comes with such braking features. Many are excited by the news, and whether or not autonomous cars are going to become available sooner or later, the application of such necessary autonomous technology might be just what individuals need to enjoy greater safety on the road. Further research is being developed on the system, promising results over the next few years.