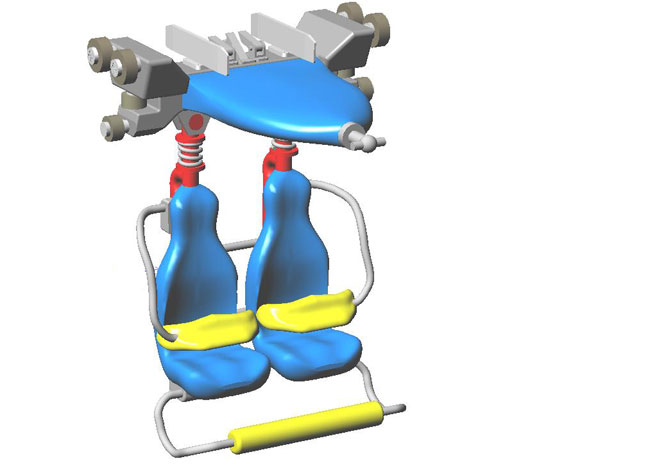 Any movement in the automotive market, excites large groups of similar minded people, Therefore it stands to reason, any issue it faces is exacerbated. As soon as anything appears awry, all of these separate entities, start trying to criticize and/or capitalize on the automotive market. To better understand, picture the automotive market like an amusement park filled exclusively with roller coasters. Each roller coaster was built by a different group of (automotive) engineers, and for the metaphor instead of being on tracks (like this) it is dangling (like this). Unlike a real roller coaster, are not on it for fun. To fit the metaphor, this amusement park also doubles as a train station. Like Disney World, the park is organized into Kingdoms (Auto Groups) and those are then organized into Lands (Brands). Before anyone visits the amusement park, a plethora people need to work together to physically build it. Banks invest/loan money to roller coaster engineers (automakers) expecting that they will make the money back x-fold. The people that visit, are (typically) only there because they need to reach their destination. The first time they enter the amusement park (or when they want a change) they have to decide which cart (car) fits them best, because each cart has its own strengths and weakness. To attract them to the automotive market in the first place, and help them choose which roller coaster suits them best, are posters and fliers that tell you about the ‘best’ roller coasters (marketing). Since the people who make the fliers, also financed their endeavor with a loan, their content might also reflect their investors’ unease. After a long selection process, the people pay to get inside a cart. In the automotive market (amusement park), people have the choice between, buying, leasing, or borrowing a cart each day. Each of the three have their own benefits, but only just recently, have people started buying their own cars and leasing them to people individually (ride sourcing), though it has been done for years on a mass scale (taxi). For the most part, people just blindly believe that all of the carts are safe. While that is true for the most part, all of the lands and/or kingdoms in the automotive market have run into financial issues ranging from mild to dire. Those money woes have manifested themselves in various ways. Some lands have decided to break down existing roller coasters, and allocate the money and resources to their more expensive and/or reliable roller coasters. However, some have decided to exploit the trust of those riding their carts. Some amusement park (automotive market) engineers (automakers) have resolved to make more or as many carts as they did before the financial issue; they are just going to do so using less money. The only way to do that is by cutting corners. Cutting corners, is not inherently immoral, in fact, if done properly, it can lead many improvements. Reducing redundancies is always ideal, and modular manufacturing has risen because of the drive to cut costs. Theoretically, instead of spending less on each of many platforms, an automaker could splurge on one just one that is spectacular while still saving money. After years of growth and development upwards all those involved in the automotive market experienced an earthquake (crash) that caused many kingdoms, lands and their respective roller coasters to crumble, thankfully the patrons on the floor caught the debris and prevented a catastrophe. Whether the auto groups or automakers altered course or returned to business as usual (for better or worse); all eyes are warily watching the automotive market. Now that has been on the rise again people are overly anxious about the perceived impending drop. In reality, the tracks lead the carts for miles, so the trend is set and it is still going up; exciting and inevitable things lie ahead. Only a collective freak at non-issues, could precipitates a problem. If everyone shakes the ground at once, it will cause all the riders to shake further, and we might learn the roller coasters were not as stable as we thought.