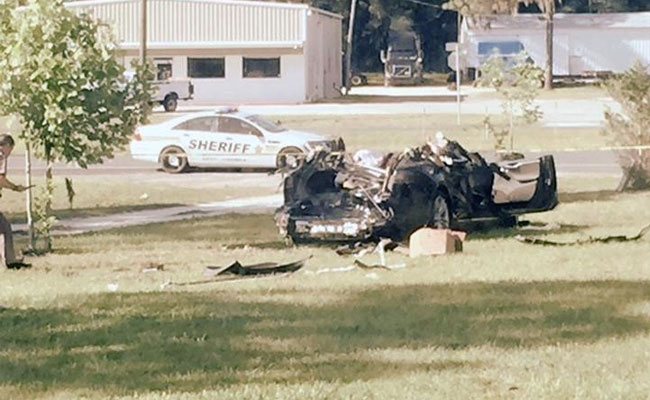 The development of autonomous cars has brought a new and exciting concept to everyday travel. Practically the entire automotive industry is on board with developing and testing their own autonomous vehicles. Even Silicon Valley has its hand in the mix, with Google creating its own autonomous prototypes.

With over 33,000 deaths caused by auto accidents each year, automakers and safety regulators are optimistic that autonomous vehicles will help eliminate deaths and overall be a much safer option than a vehicle operated by a human.

May, 2016 brought the first known death by an autonomous vehicle. Tesla's Model S electric car was in autopilot mode when a tractor-trailer made a left turn in front of the vehicle and the car failed to brake in time. The Tesla then ran off the road, hit a fence, and finally slammed into a power pole before coming to a complete stop. The driver of the Tesla was killed instantly.

This one accident has caused speculation for the entire industry of autonomous vehicles. How could the computer system misread the emergency situation so poorly? According to the company, the Tesla uses a computer-based vehicle detection system that is not intended to be totally hands-free and that parts of the system are still unfinished. There are a few theories surrounding the cause of the crash, but all speculation has certainly led people to ask whether this kind of technology should be on the road.

Most autonomous cars have a variety of technologies that provide safety features. Collision avoidance uses a combination of radar, laser, and camera-based systems that warn drivers of a possible collision. Warnings such as lights and noises cue the driver that something is wrong. If the driver ignores the warnings, then the car will apply the brakes itself.

Enhanced cruise control uses long-range radar to measure distance and speed of cars ahead. A GPS system helps the vehicle know what's coming up such as exit entrance ramps. This technology allows drivers to drive a predefined distance behind another vehicle without having to worry about controlling speed. The car will adjust to the speed of the vehicle in front if needed.

It is too early to tell at this point how the safety features of autonomous cars will compare to the current standard of driving, but we can hope that once the kinks are ironed out, that fewer fatalities will occur overall.