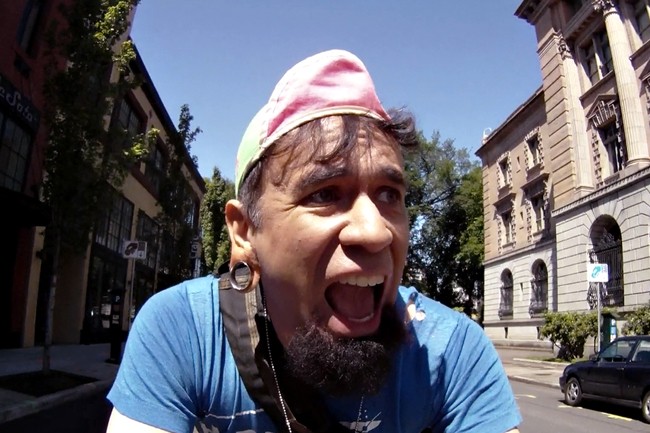 After having crossed the 1.1 million mile threshold, Google’s self-driving car project has gained significant traction. We told you a few months ago about the company’s latest move, which was to conduct road tests in Austin, TX. This is significant because it offers Google the opportunity to test their vehicles in real-life conditions and to work out any kinks with the self-driving technology. Sounds good so far, right? Too bad the Google car was outwitted by a simple yet effective means of transportation—namely, a fixed-gear bicycle. Serious cyclists favor fixed-gear bicyclists because it allows them to do track stands, a maneuver in which the bike is held in a steady, upright position with the rider’s feet balanced on the pedals. (For an example of a track stand rider, watch this YouTube video.) In order to maintain balance without placing his or her feet on the ground, the cyclist’s body will naturally lurch back and forth. When a human driver sees a cyclist doing a track stand, he or she knows how to properly interpret their body language (for the most part, anyway). The driver knows intuitively that the cyclist isn’t going to move from a track stand position until the light turns green. The problem with the Google’s self-driving car is that it isn’t “smart” enough to pick up on such subtleties—at least not yet. Matt McFarland of the Washington Post wrote about an incident in which an Austin fixed-bike cyclist encountered a Google self-driving car. The cyclist recounted his experience in an online bike forum. At this point, we’ll transcribe his post verbatim (typos and all) so that you can experience the full flavor of Google’s self-driving fail.

a Google self-driving Lexus has been in my neighborhood for the last couple of weeks doing some road testing. near the end of my ride today, we both stopped at an intersection with 4-way stop signs. the car got to the stop line a fraction of a second before I did, so it had the ROW. I did a track-stand and waited for it to continue on through. it apparently detected my presence (it's covered in Go-Pros) and stayed stationary for several seconds. it finally began to proceed, but as it did, I rolled forward an inch while still standing. the car immediately stopped... I continued to stand, it continued to stay stopped. then as it began to move again, I had to rock the bike to maintain balance. it stopped abruptly. we repeated this little dance for about 2 full minutes and the car never made it past the middle of the intersection. the two guys inside were laughing and punching stuff into a laptop, I guess trying to modify some code to 'teach' the car something about how to deal with the situation. the odd thing is that even tho it was a bit of a CF, I felt safer dealing with a self-driving car than a human-operated one.

Given the presence of the GoPro cameras, the Google self-driving car was likely mapping the streets of Austin in order to provide the vehicle with the real-time data it needs to travel autonomously. As for the “two guys” inside the car, Google has made sure that at least one passenger is in the car during its road trials for instances such as these when the intervention of a human driver is needed. Naturally, the self-driving car project is still in its early stages, so it’s good to see that Google is taking extra safety precautions with its vehicles. Even the cyclist admitted that he “felt safer with a self-driving car,” probably because he recognizes that human drivers can be jerks who may not brake for you, while a Google car will stop automatically whenever it detects another vehicle in motion. In any event, now that Google is aware of this quirk in its self-driving car matrix, it’ll make the necessary adjustments. All in all, it’s pretty cool to have machines that can act autonomously and we here at Auto Publishers can’t possibly see any potential downsides with this awesome technology! Image Credit: The Daily Texan