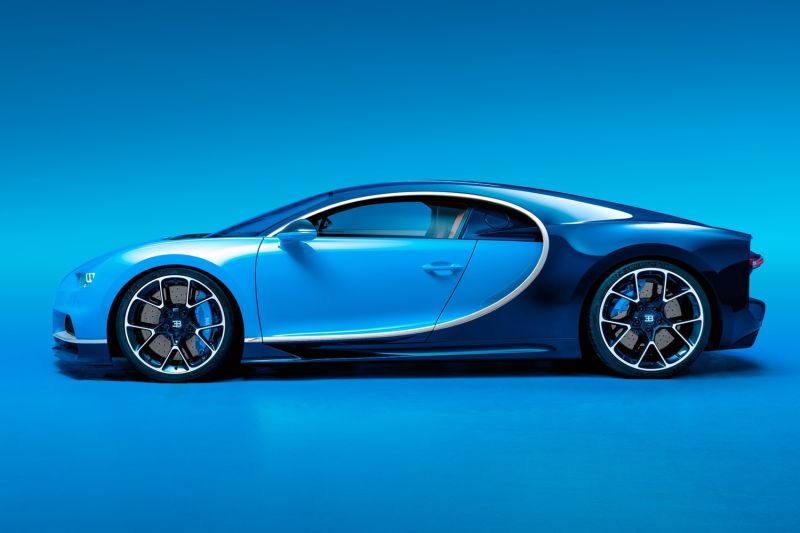 When you feast your eyes on a vehicle as jaw-droppingly beautiful as the Bugatti Chiron, few words need to be said. If a picture is worth a thousand words, then you’re already read a 4,000-word treatise on the Bugatti Chiron, which debuts at the 2016 Geneva Motor Show this week, that’s more sublime than my poor skills can manage. Still, you don’t visit Auto Publishers solely for car photos—therefore, it’s my duty to provide more data on a luxury car that most of us will never, ever drive. Instead of feeling depressed over this fact, let’s take solace in the fact that these magnificent Bugatti Chiron vehicles will find good homes in the garages of famous celebrities with way too much money to spend. With that in mind, here are a few points of interest about the Bugatti Chiron: Honoring a Great (if Complicated) Legacy The Bugatti Chiron is named after legendary racing driver Louis Chiron. Nicknamed “The Old Fox,” Chiron often drove Bugatti cars to victory in a storied career that spanned over four decades. In 1958, Chiron entered his final race when he was 58 years old, making him the oldest driver to participate in a Formula One race. On the other hand, the Old Fox was allegedly an old dog that slept with his boss’ wife and wrongly accused a fellow female race driver of being a Nazi. So a mixed bag there, to be sure. Veyron is the Father as Chiron is the Son The forerunner to the Bugatti Chiron is the Veyron, which was previously the fastest, most opulent sports car produced by the French automaker. (Like the Chiron, the Veyron was named after a noteworthy figure in Bugatti history, engineer and driver Pierre Veyron.) The original version manufactured in the first decade of the 21st Century reached a top speed of 253 mph. That mark was exceeded twice in 2013: first by the Veyron Grand Sport Vitesse, which set a roadster record by achieving a top speed of 250.04 mph, and then by the Veyron Super Sport, which set a Guinness World Records mark of 267.7 mph that made it the world’s fastest street-legal vehicle. Not to be outdone, the Bugatti Chiron is limited (yes, limited) to a top speed of 261 mph—the vehicle could go even faster than the Super Sport were it not for the fact that it would smash into the other slowpoke vehicles that clutter up the road. The Chiron can also go from 0 to 60 in under 2.5 seconds, which can come in handy if you need to break the speed barrier or something. How Can Something So Big Move So Fast?! I predict millionaires across the country will echo this sentiment once they get behind the wheels of their Chiron cars. The Bugatti Chiron bucks the trend of lighter vehicles by weighing in at 4,400 pounds. This behemoth is certainly capable of living up to its label as the world’s most powerful production car, generating 1,478 horsepower and 1,180 pound-feet of torque. At the same time, the Bugatti Chiron is built for speed; like its Veyron predecessor, it’ll sport a supercharged 8-liter quad-turbo W16 engine. However, the changes made to the Chiron’s W16 engine result in a 25 percent increase in performance over its predecessor. If it’s every parent’s dream to have his sons supersede him, then the Veyron has every right to be proud of its “son” for its improved performance. Want a Chiron? It’s Gonna Cost Ya As Bugatti is limiting its production run of the Chiron to approximately 500 units, you can imagine the huge demand there will be for these highly coveted vehicles. Even if you’re fortunate enough to secure one, the total cost of the Bugatti Chiron will run you over $2.5 million. To be frank, there isn’t much else we can say about the Bugatti Chiron. However, if you’re looking for thousands of additional words on the subject, be sure to check out these gorgeous Chiron photos in its natural, extremely opulent habitat.