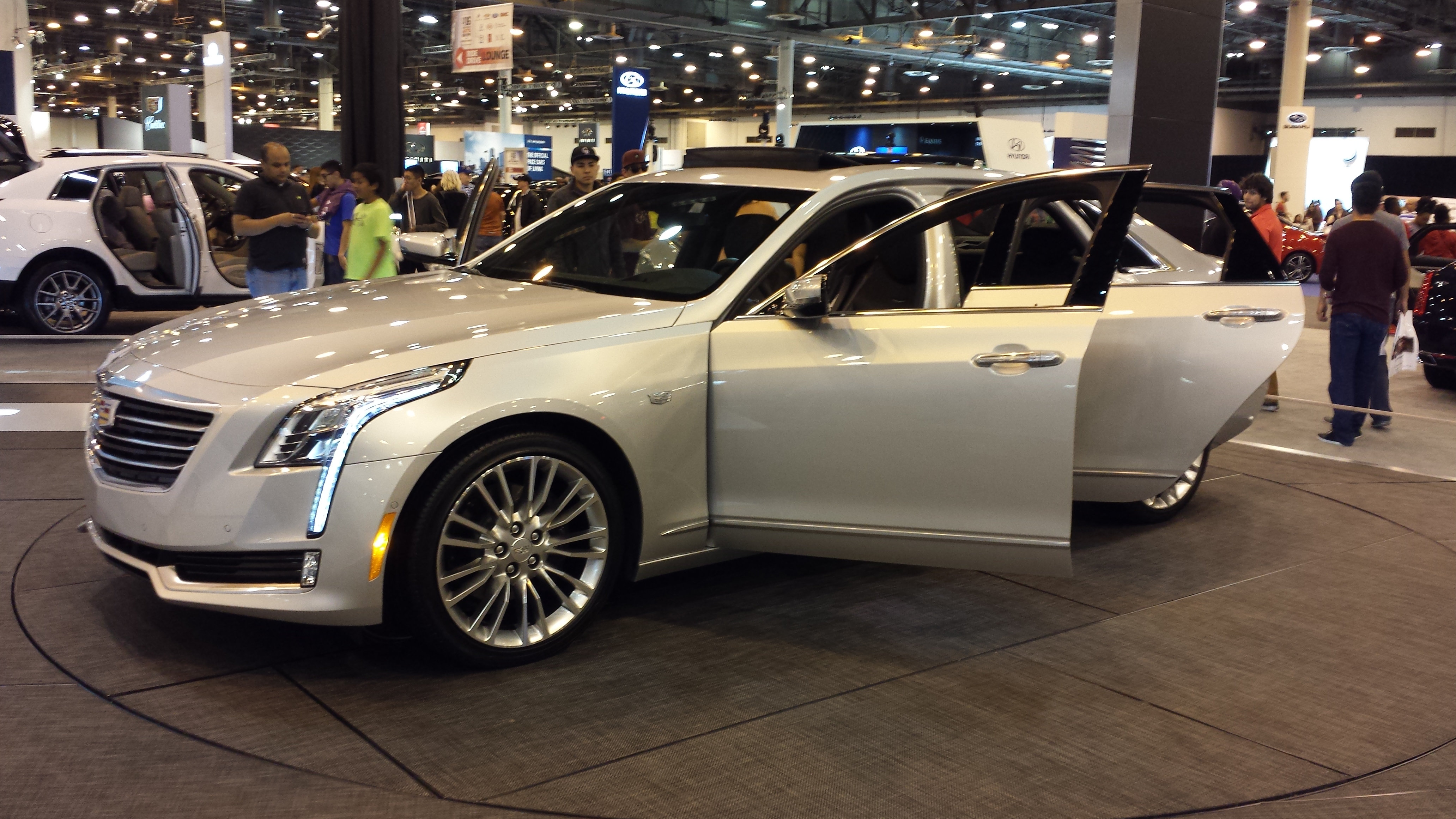 Cadillac has finally turned back to its roots. Instead of trying to compete with German Luxury Sports Sedans, they have reworked the formula entirely around the premise: agility is not a requisite of luxury. When riding in the lap of luxury, there there is no rush; you will get to your destination when the time is right. The first to fit the old mold of pre-80s Caddies, is the Cadillac CT6. Thus, it is apropos that the CT6 be the first to roll out the new numbering system. Though, it is ironic that while no longer emulating the Germans in automotive technology, they are employing a similar system of numerical nomenclature (compare Cadillac CT6 with; Audi A6, BMW M6, and Mercedes S500). Also in sync with the Germans, is the fixation on weight reduction. This is not a product of mimicry, but of concurrent adaptation. Corporate Average Fuel Economy (CAFE) regulations has all automakers, striving for a sylphlike weight for all their cars. Which is just simple physics, moving less mass requires less energy; hence, the most effective way to improve fuel economy is by decreasing density of the materials. Enter aluminum. The first (or most significant) aspect Cadillac introduced when designing the new CT6, was General Motors (GM)’s new Omega platform. Omega is exclusively aluminum and steel (as opposed to Carbon Fiber Reinforced Polymers (CFRP) as utilized by BMW (Carbon Core) in the 7-series) and reduces rivets by supplanting them with spot-welds. The end result is a Caddie that weighs a remarkably trim: 3547 pounds. For perspective, that is about a 1000 pounds less than the three German flagships (Audi A8, BMW 7 Series, and Mercedes S-Class); Granted, the Cadillac CT6 is only an interim flagship; it is not quite as grand (speaking specifically in regards to size) as the aforementioned trio. The CT6 sits between mid-sized sedan (i.e. 5 Series, A6 and E-Class) and full-sized luxury sedan stature. Still it weighs less than its mid-sized competition, and is with 20 pounds of the CTS. With this weight loss, the Germans would shave a several seconds off their track times at the Nurbürgring. The Cadillac CT6 has done no such thing. Instead, it enjoyed the gains in gas mileage and moved on to making a smaller and more efficient engine. The base model, will come equipped 265 horses, produced by a 2 liter turbocharged four cylinder engine, capable of the same 26 (combined) miles per gallon, yielded by the 2015 E-class hybrid (which is both smaller than the CT6, and a hybrid). The V6 offerings are moderately thirstier, but still rather impressive given the competition. The 3.6 liter V6 moves about 23 miles per gallon with the power of 335 horses, and the 3 liter twin-turbo is just under 22 miles per gallon, but produces 400 foot pounds of torque and even more horsepower. However, what makes the Cadillac CT6 most unique, is how it handles the low weight (moderately) high power combination. Simply put, despite being a lightweight, the Caddy handles like a heavyweight. Which is not obscene (obese) or an insult, just different. The handling of a German luxury sedan would be described as quick and crisp (due to a stiffer chassis), while that of the CT6 is soft and deliberate (i.e. there is no redirecting after the fact). But, since it will not be seen on the track, that is actually more appropriate. This style of drive is much more conducive to the luxury passenger (or even driver). The Cadillac CT6, intends to be thoroughly at home cruising on any other stretch of tarmac. Therefore, it has focused on making the ride more comfortable for all involved; whether gliding over potholes or banking at 90, smooth is in surplus.