Pulling the Plug on the Cadillac ELR 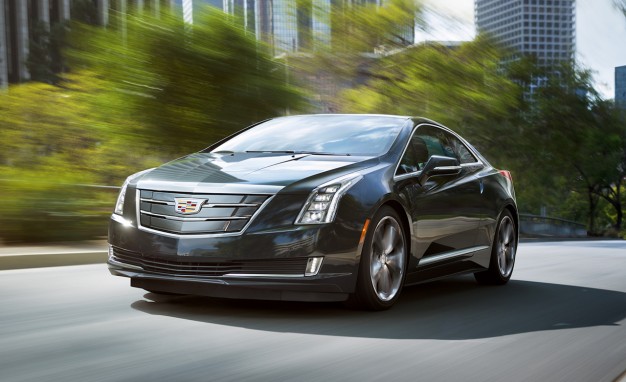 Earlier today on Auto Publishers, I wrote about the death of a brand (or rather, its absorption by its parent company). But at least Scion got to “live” to see its thirteenth birthday—sadly, the Cadillac ELR (pictured) only got to live for two years. There had been rumors of the demise of the Cadillac ELR, but now it turns out that they weren’t at all exaggerated. In fact, it is extremely likely that Cadillac will discontinue its plug-in hybrid coupe by 2018. If so, then the first generation of the ELR will also be its last. Cadillac president Johan de Nysschen announced his company was discontinuing the ELR during a promotional event for the forthcoming Cadillac CT6 sedan. “I plan to continue admiring it as one of the most beautiful cars on four wheels…but we don't plan further investment” in the Cadillac ELR, said de Nysschen. The Cadillac ELR began its short life with such promise. Combining the Cadillac name with the au courant-ness of plug-in hybrid vehicles seemed like an ideal marriage. It even shared the same powertrain as the much-loved Chevrolet Volt. Yet despite all these advantages, the Cadillac ELR was never what you’d call a beloved model. In fact, nearly full two years after the ELR first appeared on North American dealership floors, Cadillac’s chief marketing officer, Uwe Ellinghaus, declared that the Cadillac ELR had been “a big disappointment.” Critics of the Cadillac ELR say that its biggest flaw is that it simply didn’t measure up to the other luxury hybrid models on the market. At the same price point, the Tesla Model S will prevail over the ELR any day of the week. On the other end of the spectrum, many customers don’t see the point in buying a Cadillac ELR when they can get more bang for their buck with a Chevy Volt or another economically priced plug-in hybrid. Even Cadillac’s significant slashing of the ELR’s sticker price wasn’t enough to entice car buyers. Only 1,024 Cadillac ELR sedans sold in 2015, yet de Nysschen says Cadillac will keep the ELR on showroom floors for as long as customers want to buy them. (You gotta admire such optimism, huh?) Keep reading Auto Publishers for the latest on the electric vehicle world and everything automotive!