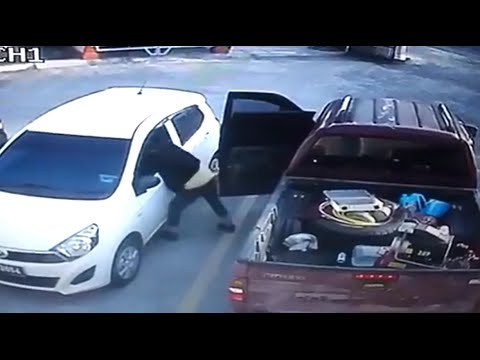 While being number one is usually a good thing, California is feeling the burn for something they would rather not be number one for. According to the National Insurance Crime Bureau, California was the number one state for stolen vehicles in 2015, with Los Angeles taking the top spot for city car thefts. The metropolitan area comprised of Los Angeles, Long Beach, Anaheim, and surrounding areas was victim to a total of 57,247 auto thefts all in 2015, according to the National Insurance Crime Bureau. To better understand the significance of this number, coming in second was San Francisco with 30,554 auto thefts. In comparison, Houston had less than half the amount that the Los Angeles area had with 25,433 cars reported stolen in the same time period while car thefts in New York and New Jersey combined totaled 22,391. Even when measured on a per capita basis, the state of California filled eight of the top auto theft ranks. Modesto was number one with 756 stolen cars per 100,000 residents. Trailing not far behind were the cities of Bakersfield, Salinas, and the San Francisco-Oakland area. The later ranked number one per capita in auto theft in 2014. The other top cities for car thefts in California included the Stockton-Lodi area, Merced, the area of Riverside, San Bernardino, and Ontario as well as the Vallejo and Fairfield area. Interestingly, Los Angeles, even with its high overall auto theft numbers, only ranked 26th in thefts per capita. Nationally, car thefts rose about one percent, according to the insurance group. However, the agency stressed that vehicle thefts are overall half of what they were during the 1990s and have decreased significantly over the last several years. Public affairs director for the group, Frank Scafidi, reminded the public that one or two years with higher numbers isn’t anything to be concerned about when the growing trend for auto theft is downward. For drivers left wondering how they can protect their own investment against theft, the bureau gave several tips in their report. Their simple tips included removing the keys from the vehicle, locking the car doors, and parking in areas that are well-lit. They also recommend the use of car alarms, locks on the steering column and brake pedals as well as theft deterring decals. For car owners who are still concerned, using smart keys, fuse cut-offs, kill switches, and fuel pump disablers are more high-tech options. Tracking devices can also help people locate their vehicle if it has disappeared.