Celebrating 35 Years of the Minivan 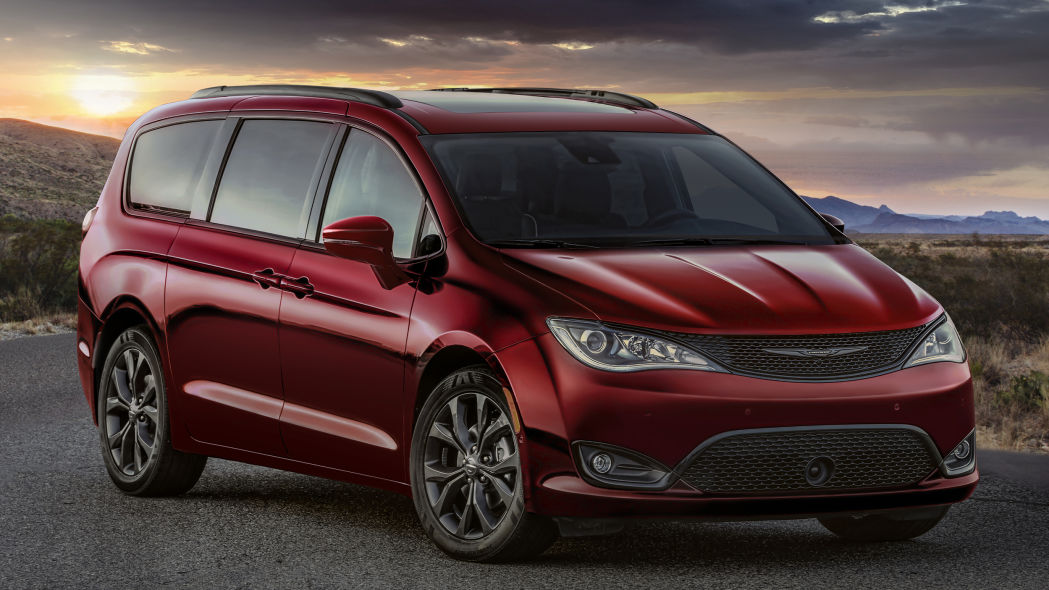 Since the first one made its way off the manufacturing line late in 1983, Chrysler has sold more than 14 million minivans. While other auto companies have their own versions of these family-friendly vehicles, Chrysler claims to have had 55 percent of the minivan market share in 2018. To celebrate this victory, the company developed anniversary editions of the Dodge Grand Caravan and Chrysler Pacifica.

Announced prior to the official Chicago Auto Show reveal, the 35th Anniversary Edition of the Pacifica will be available in several different trim levels. Minivan buyers can get the model in a gasoline or a hybrid version. Each 2019 35th Anniversary Edition of the Pacifica will come with a chrome badge, all-black interior that includes stylish red contrast stitching, and front floor mats with the anniversary logo. The model also features a black grille and a 35th Anniversary exterior badge. Depending on the trim level, the car company is offering extra amenities with the model, such as 20-inch wheels on the limited trim. Buyers can choose from 10 different exterior colors. They can also also choose the Appearance package, which is a bit sportier than the regular ones.

Chrysler is offering the Pacifica with a Pentastar 3.6-liter V6 engine as well as a hybrid engine that emits 260 horsepower and an electric-only range that can travel about 30 miles without needing to switch over to gas power. With this minivan, buyers can upgrade it to include the Uconnect Theater system, which has a number of games to keep young riders busy during road trips and days spent running errands. The vehicle model is perfect for families with its Stow ‘n Go seats and many storage areas.

Those who go with the anniversary edition of the Dodge Grand Caravan will also have a vehicle that features 35th Anniversary badging. The model comes with 17-inch wheels and a feature that Dodge refers to as a “bright grille,” which gives the minivan a little more pizzazz and flash. Like the Pacifica, the Caravan’s anniversary model comes with a black interior with red contrast stitching. It also has a black center console. This model has a few more features depending on the trim level selected, and buyers can choose a Caravan in six different exterior colors. The 2019 Caravan is equipped with a V6 Flex Fuel 3.6-liter engine that produces 283 horsepower. The engine is partnered with a six-speed automatic transmission, and it gets 12 miles per gallon in the city and 18 miles per gallon on the highway.

The minivan is a vehicle that is in demand by those who have a few more kids than their neighbors. Since Chrysler is celebrating its successful reign of producing them, it’s clear that these vehicles will continue to be available to car buyers.