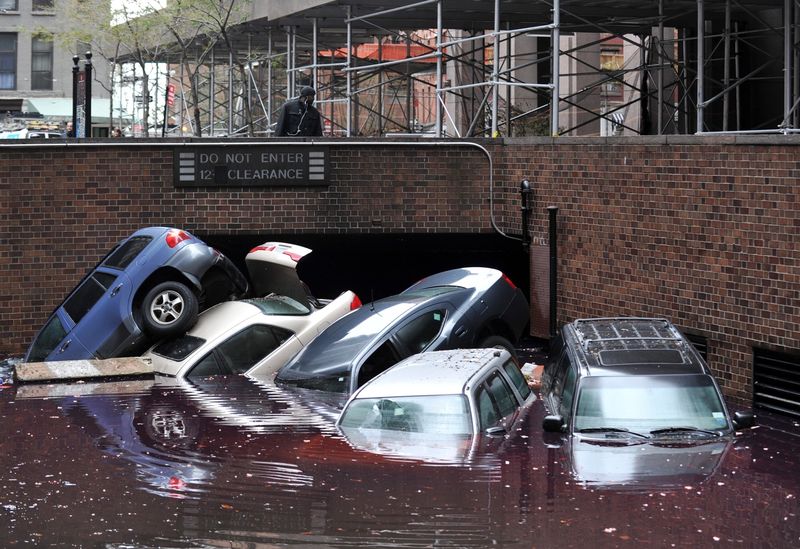 Getting in a car; for a most of the modern world, is a daily endeavor. Many employees must drive many miles for more minutes to get to and from work. Unless those people happen to be firefighters, soldiers, martyrs (deluded or otherwise), poison tasters, Kenny/Mysterion or actual crash test dummies, their commute is the most dangerous part of the day for them. Cars are two ton rolling potential death machines; most casualties derive gradually; a side effect of climate change, but it is not just one risk that they pose, automobiles have an arsenal of murderous means with which they combat. The most menacing of them, is the effect that our cars have on our environment, and even that is the sum of many parts. Starting with the infrastructure. For a car to be useful, first they need accommodations to function. Roads (generally) require miles and (megaliters) of limestone, clay, silica, shale and various metals to be removed from the ground. After that, they need fields, farms, forests and foliage to be cleared before putting the mixture atop the ground. While this is the least detrimental part of the process, it is nonetheless an issue, due to the fact the these lands are hardly ever compensated for elsewhere. More than anything else, the necessary evil of mining mother nature for materials and resources is a catalyst. When we replace plants with pollution, we are burning the environmental candle at both ends… or more aptly (but less colloquially) we are fanning the fire with flammable fumes. Which create conditions rapid climate change can quickly (acclimate to, and) flourish in. Tyler Durden is (was?) wrong, this generation does have a great war, except the opponent has no face, is invisible, and is already well on its way to victory. This combat cannot be won with weapons or words, for climate change cannot bleed nor hear; the only thing that can even affect the odds of enduring are ardent advances in equanimity: quelling skeptics, and rationally revising the parameters. It is an impossibility to impose an abeyance on owning automobiles or driving, but many aspects can be improved upon. The key is not attacking the symptoms, but addressing the issue head on with moderation and modification. Moderation means minimizing carbon (or carcinogen) emitting cars on the road, which in turn contributes to climate change. One way this can be achieved is by car pooling: whether it be with public transportation or dynamic carpooling. However, for that to effective it must be made more accessible. The problem is many places are not yet concentrated enough for public transportation, like secluded or rural areas, and sprawling metropolitan areas (e.g. Houston has pretty good public transport in the inner loop, but beyond that it is virtually nonexistent outside in the suburbs (ironically providing public transport to those in that can afford their own car in the rapidly gentrifying central area, while stranding those of low income moving out of the inner city)). However, waiting would be counterintuitive, as we would likely perish in a pool of patience. As for dynamic carpooling: while Uber, Lyft, Sidecar and the lot are trying their darndest to emerge in more secluded areas, they typically only dabble in carpooling (and only in populated place where many riders have similar departures and destinations). The majority of their market share comes from ridesourcing. And ridesourcing is frequently worse (ecologically speaking) as drivers have to go to the scene of congé before actually embarking on the voyage, potentially doubling pollution. Driving, and automobiles in general are inherently awesome. You would need weapons with which to maim me to take my car away; sadly, climate change is combat ready and willing for war.