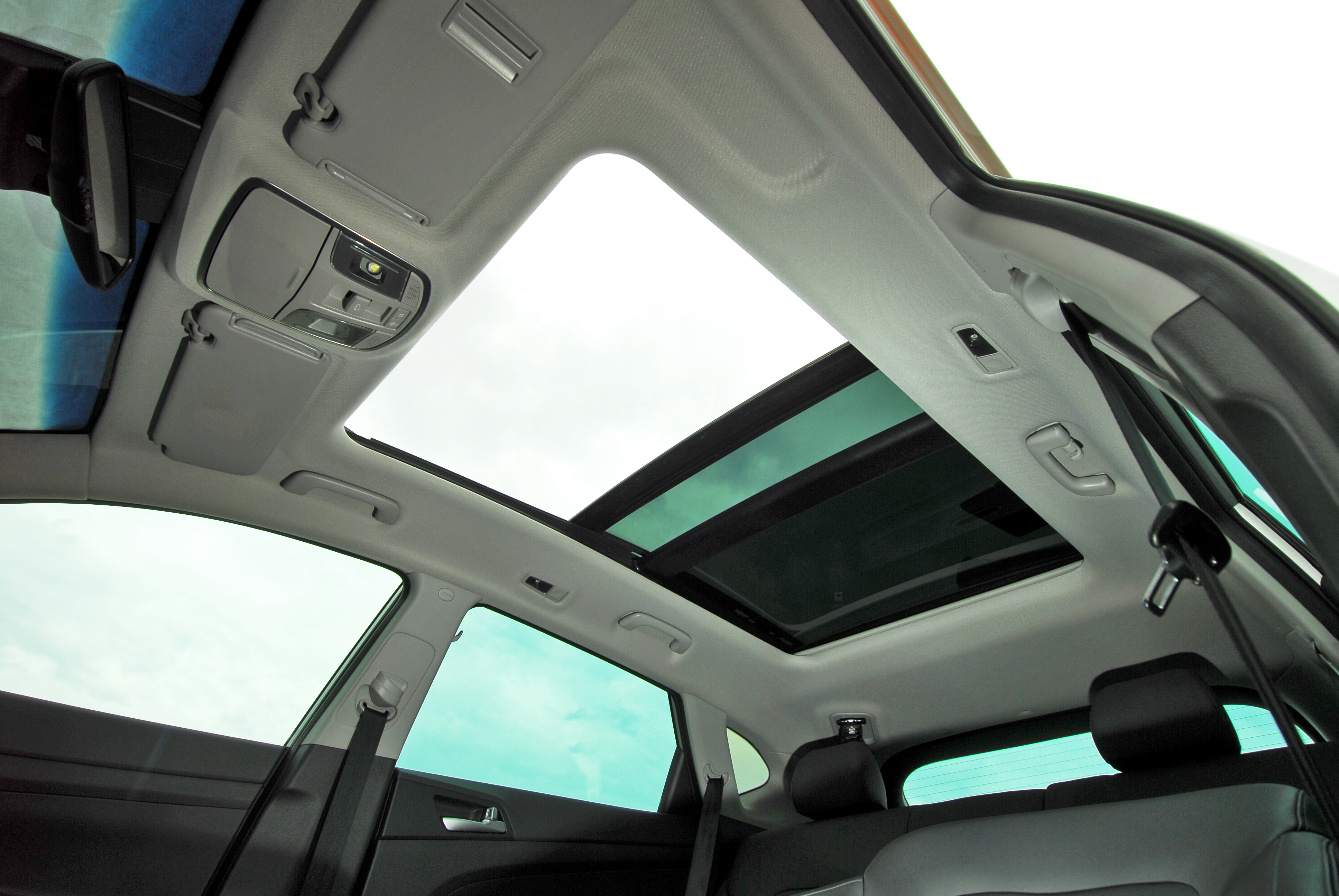 A sunroof is one of the most commonly requested upgrades in a vehicle. It gives a car its own unique style and feel, and gives passengers a beautiful view of the sky. However, one safety concern has popped up in recent months: several sunroofs have been shattering.

Consumer Reports has recently begun investigating shattering sunroofs after a spike in complaints. Models such as the Hyundai Santa Fe, Nissan Murano, and BMW 3 Series have received close to 70 complaints from drivers about their sunroofs shattering.

Many consumers have wondered if the quality of glass is the cause of the explosions. Neil Ailstock, a professional sunroof installer, claims that the problem is caused by physics. The sunroof is held in place using high strength urethane. Because of how the beams support the glass, the glass is unable to move. Instead, the glass flexes anytime the car makes sudden movements. It is this flexing that puts stress on the glass and therefore causes it to explode. The panoramic sunroofs are more at risk of this type of stress. Panoramic sunroofs are usually curved and the more curve a glass has, the more susceptible it is to stress that can cause the glass to shatter.

Another reason sunroofs shatter is that sometimes rocks or other debris can crack the glass. Over time as the crack gets bigger, the sunroof becomes more vulnerable to shattering. Often times, a sudden change in the temperature is the catalyst that finally causes the shatter.

Sometimes, the problem is caused by the manufacturers themselves. The glass used for sunroofs has become increasingly thin in past years to keep up with the trend of using thinner materials to build cars. Just like with the curved glass, thin glass is susceptible to high levels of stress and can shatter easily when placed in situations of sudden temperature change or sudden car movements.

There is no simple or easy way to prevent sunroofs from shattering because there is no one reason why the shatter happens. What can make prevention a tougher task to accomplish is that consumers are not aware of how and why sunroofs shatter and most of the time, they do not know what is the best type of glass to install so that shatter does not occur. Manufacturers need to be more vigilant and aware of what sort of materials they are using in their sunroofs.

Shattering sunroofs may be a problem for a while until preventive steps are implemented. Rigorous testing, high quality of materials, sending out recall alerts in a timely manner, and investing in new types of glass and materials are just some steps manufacturers can take to lessen the number of sunroof incidents. Taking preventative measures to make sure the problem does not happen will save a lot of heartache and money for both manufacturers and consumers. Sunroofs can be an amazing upgrade to have in a car and can make travel pleasant for passengers. Hopefully soon the problem of sunroofs exploding can become a thing of the past.