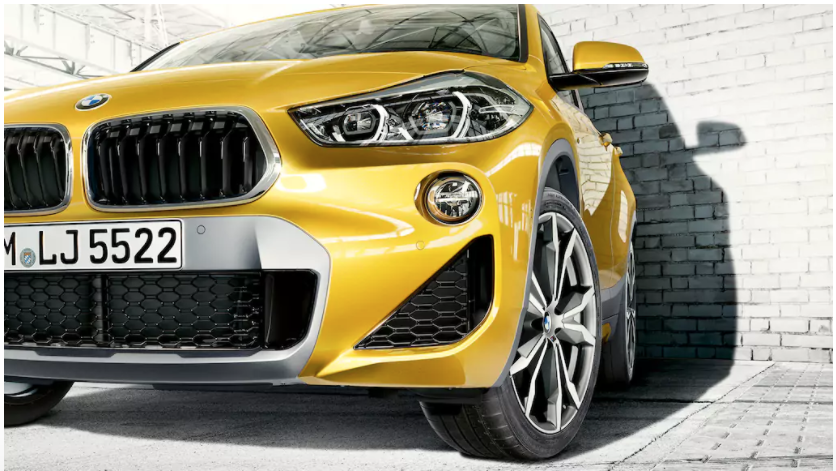 BMW introduced the X1 to drivers in 2009. The X1 is a subcompact luxury crossover SUV that combines small size with luxury and awesome SUV power. BMW wanted to show the world that a small car can pack a lot of punch.

Following the success of the X1, BMW has now announced the X2. The X2 is smaller than the X1 and a whole lot sportier. The X2’s wheelbase is 3.2 inches shorter and 2.8 inches lower in comparison to the X1. The first X2 prototype went through over two years of testing and tweaking before officially being revealed last month.

The X2 differentiates itself from the other SUVs BMW offers in terms of its outer design. Take the roof for example. Instead of the usual coupe-like fastback roof, the vehicle comes with a conventional roof that increases headroom in the rear and cargo capacity. The overall look of the car is meant to echo a sports car in SUV form.

Some features do not gravitate from the X1 very much. The cabin of the X2 is just like the X1 except for the steering wheel. The X1’s wheel was rather bulky while the X2 is sleeker and more refined. If people were fans of the X1 interior, then this is definitely a car they should check out.

The more fun features the car offers include 4G LTE Wi-Fi hotspot and Apple CarPlay. Since SUVs are the type of cars people use for long road trips, these features are a must-have if your passengers tend to get bored during long car rides.

The vehicle’s more technical features include a turbodiesel engine (which has up to 192 horsepower), all-wheel drive, and an eight-speed auto. For the vehicle to go from 0-60 MPH, it only takes 6.3 seconds. Not bad.

Some of the safety features include lane-departure warnings, automatic high beams, collision warning, and low-speed automated emergency breaking. These safety features will be sure to come in handy on cross country adventures or when you’re sitting in traffic during your commute.

Many critics of the car are wondering: do we really need this car? Critics have cited that BMW has 4 other models in their X series, as well as pointing out that the X2 has the same features the X1 has which brings critics to the question: what is the point of this car? BMW seems to want to capture the attention of Millennials. Millennials on the younger side often go for products that are small but efficient. The BMW X2 is the SUV for Millennials who want to conserve space but who also want something that is powerful and can handle everything a regular sized SUV can.

The X2 is not your typical big SUV; it is a small car that packs a lot of power. The car is expected to retail at around $33,750 to $38,000, depending on what features and extras you want. The vehicle is set to be released in spring of 2018. We’re excited to see what the next X2 models bring us in the coming years.