Driving Is not What it Used to Be 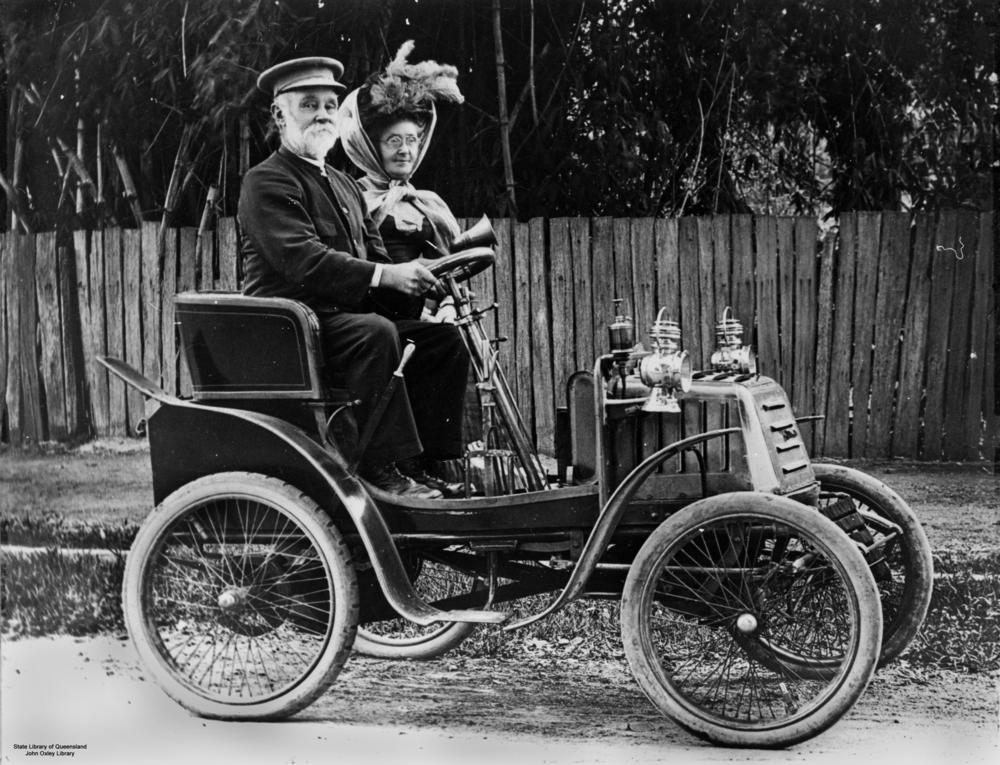 Before there were large stretches of tarmac covering the earth; there was dirt. During the period in which that was true, people gladly drove atop it. Today, most people would be utterly appalled by the very notion that they could be so insultingly inconvenienced by having to drive on anything but pristinely smooth cement. Back then, people were still in the midst of a wave of awe to even have such an amazing tool at their disposal. When cars were first introduced, they were by no means a necessity. A person was far more likely to never drive than otherwise. So, when people predisposed to being able to pilot one (the wealthy) used them as toys rather than tools, because they were by definition a luxury. One might have assumed cars were used to drive to work or run errands, but that probably was not the case when the only security a car featured was the owner’s wary eye and adjacent shotgun. Instead, cars were really a symbol of freedom. At the time, one could pay a hefty price to ride a train to a city they have never been to, but once there they had to hoof it. Assuming they could afford a horse or other rideable animal, they would go about it that way, but at the end of the day, they had to return the horse to its owner. This promulgated an aire of appreciation for both those who did, and didn't own a car. People were proud just to live in a city or country that has amassed in enough affluence and ingenuity to craft (or accommodate) such a technological advance from anything they had ever seen, and it gave them a drive for something better. Before trains and boats, humanity had to rely on the gifts God (or entropy induced existence?), plus Darwinian Evolution gave them; to move about. The Roaring 20s, brought about the ability to transport goods and people on something other than a Macroscale, but prior to that, only cattle and capital could be driven until the 19th century. Sure, one could get around on a train, but that was the only land based option. Driving on waterways was a different story. If one was lucky (or successful) enough to be waterway adjacent, a system of canals could formulate an aquatic infrastructure for small scale transport, like a floating market one picture in Thailand. We as a species have had an innate desire to explore the unknown, because of this we were driven create technology to navigate the seas before the land. The Oceans and rivers take ingenuity just to survive in them, so being able to navigate on top of them was seen the same light as astronauts today. This focus on the larger unknown, curtailed the propensity for relatively local exploration. However, once automobiles became a viable option people were able to explore the eccentricities that were much closer to home. Before driving became an essential tool for transportation, it was a protective vessel that facilitated exploration.