Driving Is Safer Without a Driver 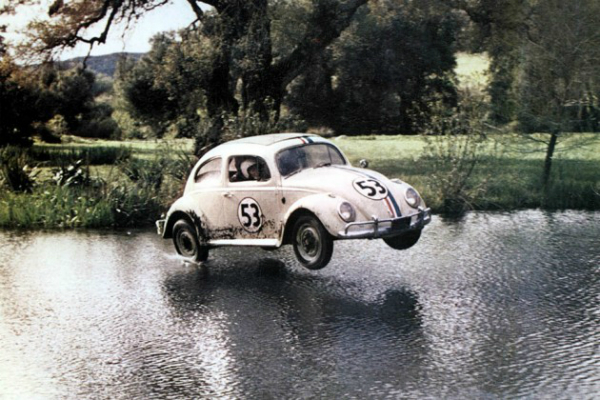 The race for an Autonomous Auto (Electric Chauffeur Showdown) is picking up steam as target dates get closer and closer. Everyone in the showdown, says that their unveiling will be no later than 2020. The scary part is, self driving-cars are extremely safe, so much so that a future without human drivers is not too far-fetched. Granted, people as a whole do not exactly have a sparkling safety record on the road. Daily driving is frequently made a stressful hassle by idiots maneuvering around in 2 ton death-machines. The problem is, people do not really understand the gravity of their situation. Cars are likely the deadliest thing you come into contact with, and most of us are around them every day. In 2008 and 2009 the leading cause of death for ages 13-30 was auto related, and ranked at 4 and 5 (respectively) in terms of years of life lost. To this day, more people are killed while driving than by guns. Think about that, an item designed to end lives, is less effective at its intended purpose than our main form of transportation. Somehow guns, despite living within an unregulated system, that cherishes them like a baby Panda at the Zoo, has only recently gotten close to auto related deaths. Gun owners are not put on any registry, guns themselves aren’t tested to see if they can be dropped without going off, some don’t even have safeties, yet the Prius in your driveway is more dangerous. 94 percent of accidents are due to driver error. The underlying issue is that people are driving around sans situational awareness. People swear they are magnificent multi-taskers. Instead of focusing on the road; they let are on the phone, putting on make-up, shaving, fiddling with Fido on their lap, adjusting the radio, sleeping or possibly even drunk. Could they really maneuver as well or better than their fully focused counterparts? The reason driving is so unsafe, is because there are so many cars on the road without a vigilant driver. Enter Autonomous Autos. They cannot focus on anything else because their computers, sensors, and engines are designed to always be working together on one purpose, getting the passenger from point A to point B. Whether or not they are playing Netflix, adjusting in cabin temperature, and gathering traffic data along the way, is irrelevant. No attention is lost, the ride will just be that much more pleasant. Google was criticized for not having enough transparency in their autonomous auto project. To appease the pessimists, they have started issuing a monthly report that includes live crash data from their autonomous car tests. The crash data is very much the same every month, somebody ran into the Google Car… again… and again… etc. However, the recently released May report has an interesting scenario. Two cyclists made questionable decisions in low visibility conditions which could have ended in tragedy, but the Google car patiently stopped and let the cyclists not abide the law in peace. Google is thinking a step ahead of everyone else in more ways than one. Google just launched Compare in California, after years of being live in the UK. Google Compare organizes all the insurance providers in a convenient page for consumers. It is not inconceivable to believe that is research of sorts, so they can make money on the car and the insurance. Google also invested a large sum to Uber, presumably so they could have a fleet of their cars delivering goods and passengers all over the world. The autonomous auto revolution is not far. Most automakers claim 2020, Volvo says 2017, the mighty Musk swears Teslas will have it by 2016, but most likely is Google’s benchmark of 2017, as they already have 1.8 million miles clocked on the road. While I agree, roads without unpredictable people are safer; as a driver, I really hope Elon Musk is wrong and I won’t see a bill to outlaw manual driving in my lifetime.