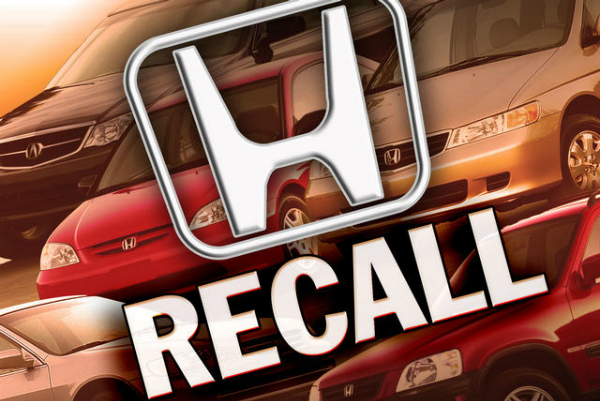 The Takata Corporation Recall is the largest in human history. The problem (more often than not) originates in the steering wheel, more specifically the airbag. An airbag is like a really cool balloon, instead of someone blowing it up, or inflating it with a helium tank; an explosion takes care of that. The idea is that the explosion fills the balloon with nitrogen and a wave of concussion, but only for the moment of a crash then the airbag generally deflates. For the most part, airbags are a great safety feature. A nose broken by a balloon beats hitting the steering wheel face first at 30 miles per hour. I, by the way, am assuming that is average crash speed, that is not based in fact. Though apparently about half fatal crashes happen at or below that speed. Who knows how fast they were going, but an eighth death related to the Takata Corporation has been confirmed by Honda. The story reached prominence last year. The New York Times reported in November of 2014 that the safety manufacturer was trying to sweep issues under the rug. In 2004 a 2002 Honda Accord was involved in an accident, the explosion from the airbag was so intense that pieces of the steel casing were propelled at the driver who sued. The case was settled out of court by the Auto manufacturer and their money. The public did not know what happened, but both Honda and Takata Corporation knew that this was grave, the first of eight official related deaths. This started the first round of re-testing the safety products. The tests were conducted off hours by only need-to-know individuals. The results were frightening. After only a few short years out in the elements, the inflators were compromised. As a consequence, more covert actions were taken, mainly the design of remedies and/or replacements. However, due to liability, all of the R&D (research and development) and evidence against plausible deniability was scrapped and erased. A big factor in the whole ordeal was demand, Takata Corporation had grown… substantially; in 1995 they were making about 650 million a year by 1999 they were projected to make a Billion annually despite being involved in a lesser recall. This was before their big breakthrough, aluminum nitrate, which allowed them to undercut other producers. During the time in question they were supplying a fifth of all cars made with airbags. The Japanese company was struggling to keep up with demand. Major automakers had started a policy of just-in-time production, to maximize profits by minimizing waste. This means that the deadlines are solid. If any one part is late the production line shuts down completely. Automakers like Toyota and Honda started issuing strict fines for tardiness. 5 digits per minute or a minimum of 600,000 per hour late. The deadlines were so harsh, Takata Corporation could hardly keep up. Understandably, they were keen on making deadlines. However, that is no excuse for cutting corners. The Japanese subcontractor was on the wrong end of their production limit, every inflator had to be sold otherwise many thousands a minute was lost. This led production managers to overlook glaring issues, from the production to shipping. In production, issues such as rust and improper welding lead to compromised products. In an isolated incident, a worker actually even dropped gum into an inflator. Regarding the shipment end the problems were just as disconcerting. Issues; such as dropped mini-bombs and wet shipments; were so prevalent there is actually visual proof. Mind you, humidity turns what is supposed to be a black cat into dynamite. The most recent claymore exploded after a rental car company allowed a customer to drive a recalled car. The company received the first recall notice in August of 2009, or 5 years and a month prior to the incident. Fun Fact: it is not illegal for a rental company to rent a car on the recall list. If it were Jewel Brangman would still be alive. To date, about 34 million cars have been affected by the recall worldwide, with 16 million in the US alone. This means the recall beat GM’s record setting recall last year. GM’s recall has much more of a body count, as it is much more likely to have heavy keys or to knee them. Both are troublesome in that both companies attempted to sweep the issue under the rug. Other airbag manufactures have had to step in and provide their products for recall replacements. As long as companies continue to be bailed out when obvious negligence is involved, the body count will continue to climb. Eight confirmed deaths related to Takata Corporation is unacceptable, a company that exists to save lives should not be taking any.