Happy Birthday to You, Enzo Ferrari! 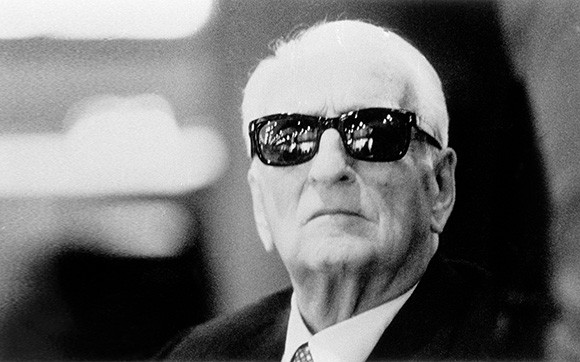 Today would have been the 118th birthday of Enzo Ferrari (pictured). Of course, Ferrari himself isn’t here to celebrate the occasion, as he passed away nearly two decades ago. Still, while he may longer be with us, his legacy as the founder of Ferrari undoubtedly lives on to this day. To honor said legacy, the Italian luxury sports carmaker is naming February 18 Enzo Ferrari Day. Ferrari (the automaker, not the man) is celebrating the occasion throughout the day on social media, so I thought now would be an opportune time to join in the festivities and briefly recap Ferrari’s accomplishments. Born in 1898 in Modena, Italy, Enzo Ferrari was born to a father who owned a small metal engineering company. At an early age, Enzo exhibited a love for automobiles, which is even more remarkable given that it was during an era in which the auto industry was still developing. In 1908, Ferrari and his brother Alfredo watched a motor race and a love for driving was ignited. After serving in World War I, Ferrari found work as a test driver at a company that produced the light-truck Torpedo model. By the early 1920s, however, Ferrari discovered that his talent lied not behind the wheel, but rather in designing the wheel—along with the rest of the vehicle—himself. By the end of the decade, Ferrari established the Scuderia Ferrari in Modena, a racing stable that allowed its owners, including Ferrari, to compete in races. This served as a transition point to Ferrari building his own Alfa Romeo racing cars. In 1939, Ferrari left Alfa Romeo under less than ideal terms, which served to motivate his mission to beat Alfa Romeo in the luxury auto game. Ferrari formed his own luxury auto brand, which at first was named Auto Avio Costuzioni. Later, it was renamed Scuderia Ferrari and was eventually shortened to Ferrari. Under Enzo's command, the Ferrari racecar team became one of the most highly decorated racing organizations of its era. The success of the Ferrari brand grew so large that in 1969 Fiat purchased a 50% stake of the company. The Fiat people weren’t stupid enough to mess with a good thing, which is why Enzo Ferrari continued to run the day-to-day operations of the auto company he built. Ferrari continued to run his company through the 1970s and most of the 1980s until he passed away in 1998 at the age of 90. In short, Ferrari was truly a fascinating man and an innovator in the field of luxury racecars. If you haven’t done so already, I would certainly encourage you to read all about his life and times today on the Ferrari website.