Faraday Lives in the Future 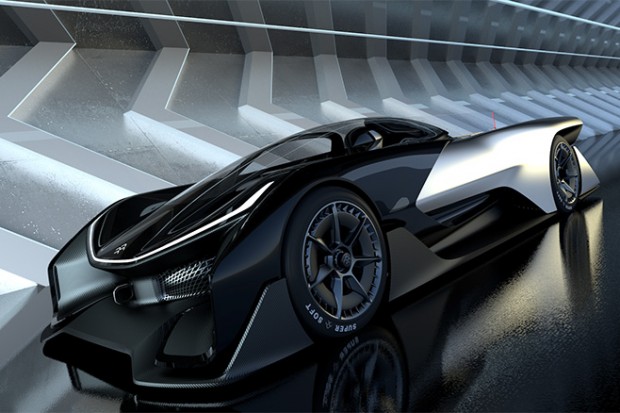 Faraday Future has been in and out of the news for the past year or so. Basically, they are trying to be the new Tesla Motors; they even stole their famous electric pioneer name inspiration. Faraday fans will be quick to point out, that their namesake was much more instrumental to the overall topic of electricity (he was the first to extract electricity from Magnetic Fields); whereas no one outside of battery development really cares about direct current. It’s funny, now the name Tesla (the guy who unsuccessfully wanted to make wireless charging system (which we still have not figured out)) is now more synonymous with practicality than Michael Faraday who created a future of electrification. Faraday Future has billed itself as a revolutionary company nobody knows anything about. Despite the mystery (also known as a lack of credentials), FF (as they want to be called now) has surprisingly gained quite a few fans and lots more money in the process. The company is backed by billions of Chinese dollars (or however much Yuan is equivalent to Billions of US dollars (6565949380.47s of Yuan)). A major backer is LeTV, Chinese Netflix and then much more. People know that because of an interview at the Consumer Electronics Show (CES). CES was supposed to be when Faraday Future was supposed to detail its still unraveling plan out to public… sadly, that was not what was accomplished. This interview provided the budding company with the exact wrong type of attention. The company had expertly hyped themselves up for almost a year… then proceeded to drop the ball in front of the nation in a public forum. Instead of providing any information about their highly anticipated upcoming model, they brought a ridiculous “you-foe” (supposed to be UFO) lined cartoon car. Many have likely heard about the FFZERO1. Upon a glance at typical headlines, it seems like Faraday Future finally gave people a glimpse at what they are working on. A 1000 horsepower, 3 second zero to sixty time touting Tesla fighter that looks more like a Jet fighter than a car. As it turns out that is all malarkey, none of it is real; the car does not even work. The only thing real about the car is the unseen platform and the you-foe line. This was all gleaned from the amazingly awful interview that the company’s Senior Vice President of Product Research and Development and Engineering Nick Sampson gave TechCrunch Senior Editor Matt Burns. The interview was unfortunate because nothing new was gathered about the company. However, that is understandable; the company is infantile and is not ready to show its hand just yet.  Burns started with general curiosity questions about the company… nothing. Ok, Faraday Future is not ready to expose its master plan no big, but… if that's true… why do the interview? Was the whole point of the interview was to expel smugness at an alarming rate. Burns was clearly annoyed at a certain point, so he started to press the issue about the car. What is the point of this ridiculous looking car, if it has no similarities to their upcoming car. Sampson went on about how that other stuff is inconsequential, they are a consumer tech company. Burns confused, asked, so is that what you are focusing on, is FF not making a car if they are not talking about all the other aspects of a car. Sampson answered with an arrogance unparalleled by even Gaston: “making cars is easy for a guy like me” we are just going to make cars better than anyone else. Thus far, Faraday Future is still a wild card (much like Trump) saying that they are going to out Musk (innovate) Tesla Motors. But that sounds crazy... But what if its not, what if they're on to... something BIG???