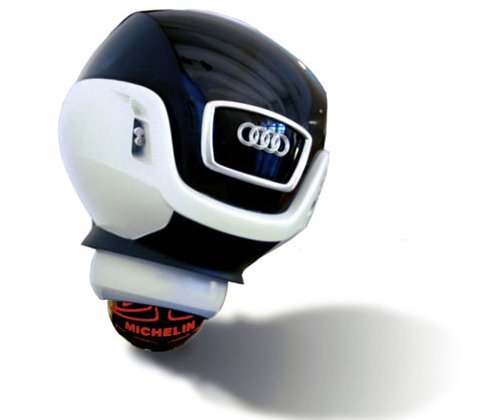 Despite a dismal interview (?), Faraday Future might be onto something here. If on the off chance, FF’s (as they are now calling themselves) was serious about their passive, seemingly ridiculous claims, it they might be positioning themselves on the right side of a wave. It might be a bit of a leap, but I promise it still makes sense: what if Matt Burns was not asking Faraday Future-istic enough questions? People tend to take on the opinion of the interviewer. Some people (including me) might have jumped to the conclusion that Nick Sampson was just being smug and woefully unprepared. But the more I think of it, I disagree. If Sampson was genuine in the interview, he was saying pride-worthy statements. Matt Burns of TechCrunch was asking the right questions of Sampson… if the assumption is that they have made a regular car. But what if Sampson and his team actually did something spectacular? Sampson was so dismissive of the idea that the car looked ridiculous, Burns likened it to both a Hot Wheels car and his hallucination of a vehicle as a 6 year old, but Sampson’s cool was undeterred. Burns was so fixated on the absurdity of the concept car (which in reality is not that insane) that he didn’t really listen to Sampson. He was on a warpath, slamming the aesthetics and demanding details about the upcoming model; Sampson might have been flustered and nervous. Especially after the whole you-foe line. However, if you analyze what inspired the whole discussion, it all makes total sense. It seems Faraday Future is promising something major. Burns had asked Sampson if there was anything that was on the concept that would actually make it’s way on to the production car, and Sampson went on about how automakers have certain icons that make them readily identifiable. In other words, despite the fact that an automaker makes dozens of body styles; the lights, the grill or face of their cars let you know that is a Ford, Mercedes, BMW, Audi, or whatever. Why would Faraday Future, who Sampson admitted, did not even have a working production “variant,” be worried about making a fleet of various body styles identifiable? When Burns asked if that car would ever be sold, he did not say no, he redirected and said something about they are mysterious and that Burns should wait and see. Again, the first time I watched I thought Nick Sampson just butchered an interview, but he actually announced that they FF is making a platform that is itself uniquely customizable. As soon as the Billion dollar plant opens in Nevada (not Tesla big but not bad) FF will be making a car platform that could transform from a roadster into a pick-up truck with only a switch of the shell. Automakers of all kinds have promised similar innovation for years, but it seems that Faraday Future’s pride has been confused for ego. Sampson told the world, that the platform on which the car sits on, is so flexible, that the length and size of the car could be altered. Burns brought up Alex Roy’s flattering description of the car being a “mega-pod”, that is “more... revolutionary than anything from anyone else”. He was so shocked, “why did you show us this?” while Sampson was genuinely laughing, after alluding to Roy’s use of Cryptic speech. But it was not that cryptic, at one point in the interview Sampson actually goes into detail about the modularity. He did not explicitly say that the car would have interchangeable shells, but he did heavily imply it. Faraday Future is promising to make the first modular Production car on an industrial scale.