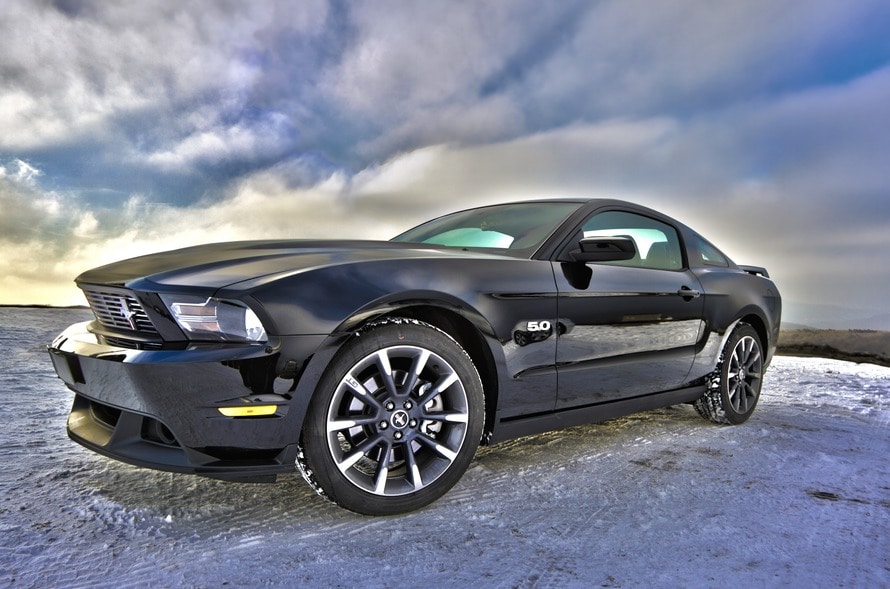 When speed is the most important part of your decision while trying to purchase a car, American muscle will not disappoint. US carmakers have produced some of the fastest cars in the world which can keep up with many of the exotic sports cars such as Ferraris and Lamborghinis, but don’t cost nearly as much. When you’re looking for a fast car that is American made, there are quite a few choices. We’ve compiled some information to help you select which car is best for you. First on the list is the Ford Shelby GT350. Mustang has been and will continue to remain one of the most popular American muscle cars. Starting off at around $55,000 this car produces an impressive 526 horsepower which allows it to go from 0-60 in just 3.7 seconds. The Shelby has a top speed of 180 miles per hour. Pushing this car is a bulky 5.2L V8 engine which gets about 14mpg in the city and 21 on the freeway. The 2017 Shelby has a new sleek design which makes it look as good as it feels to drive. A competitor to the Shelby is the Chevrolet Camaro ZL1. Starting off at around $55,500 the Camaro ZL1 is equipped with a 6.2L V8 engine which creates roughly 580 horsepower. With a curb weight around 4,200 lbs the Camaro is able to run 0-60 in roughly 3.5 seconds. Though this car is quick, you can feel the effects on your gas tank which only gets about 14mpg in the city and 19 on the freeway, which is slightly lower than the Shelby. The grandfather of those two cars, or one of the top level American muscle cars would be another one from Chevrolet. The Corvette Z06 starts off at around $79,000 and weighs less than the Camaro at only 3,500 lbs. The lighter body plus a 6.2L V8 engine which creates an incredible 650 horsepower allows the Z06 to dash from 0-60 in just 3.2 seconds. Even with this intense power, the Corvette Z06 still gets better gas mileage than the Camaro, with 15 mpg in the city and 22 on the highway. Next up on our list is an American car which is considered an exotic by some due to the rarity of it. The Dodge Viper has a mean and aggressive look, with a true American muscle engine. With an 8.4L V10 engine, this monster of a car produces 645 horsepower and has a curb weight of only 3,400 lbs. This allows the Viper to go from 0-60 in a flat 3 seconds. When you purchase this car, good gas mileage is not something to hope for since this gas guzzler gets only 12 mpg in the city. This just lists a few of the fastest American muscle cars. With new technology allowing car makers to make engines more efficient and powerful the cars just keep getting faster every year. If you’re in the market for a fast American car, then any one of the vehicles listed above would a great choice.