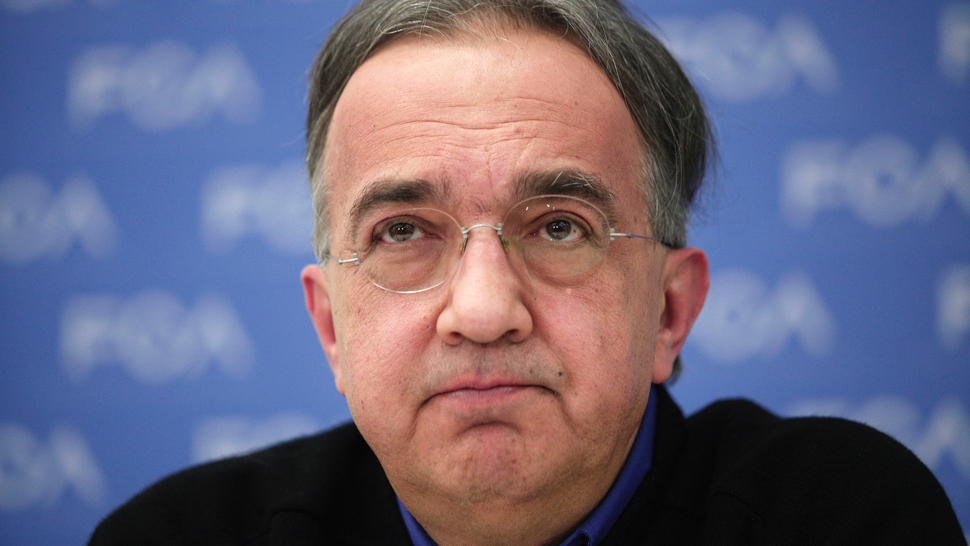 This blog has spent a good deal of space reporting on Fiat Chrysler Automobiles CEO Sergio Marchionne (pictured) because he’s arguably the most fascinating executive in the automotive business. In particular, his obsession to merge his FCA with other car companies, specifically General Motors, was his white whale. But unlike Captain Ahab in Moby Dick, Marchionne is giving up his quest just before it consumes him. Marchionne had this to say on the subject of a FCA-GM merger, in remarks recorded by Reuters. “We have been publicly rebuffed, we have been rejected and you cannot force these things. I don't want to,” Marchionne said. “At the moment, we have no intention to do anything hostile.” One could read between the lines of Marchionne’s comments and note that he used the hedging phrase “at the moment,” implying that there could be a moment in which the Fiat Chrysler boss changes his mind. Indeed, Marchionne didn’t disavow any intentions to merge with what Reuters terms “other, less obvious merger candidates.” Marchionne made these comments to journalists assembled in Amsterdam to report on Fiat Chrysler’s split with Ferrari. He assured them that FCA was “in relatively decent shape” financially. While Marchionne hasn’t formally abandoned his merger ambitions, he added that his company would bide its time until it can find the ideal automotive partner with whom it can merge. As regular readers of Auto Publishers will recall, Marchionne emailed his counterpart at GM, Mary Barra, to propose a potential merger that Barra flatly rejected over the summer. In describing the current state of affairs between the two automakers, Marchionne employed language that made him sound like something of a jilted lover. "This is not an indiscriminate dating game. I'm not willing to go with anybody to get it done," said the FCA CEO. With that said, Marchionne seems determined to move on from the failed GM affair. He told reporters about some of FCA’s plans in the coming year, such as the unveiling of a hybrid minivan model at the North American International Auto Show in January 2016. Moreover, he says that FCA’s primary focus would be on its 48 billion euro plan to develop Alfa Romeo, Jeep and Maserati into global brands over the next five years. There’s reason to be concerned about Fiat Chrysler’s financial future, however. FCA’s net debt totals 7.85 billion euros, according to Reuters, and the company has been plagued by numerous product delays. Marchionne concedes that FCA will “need to adjust the time” with regard to its upcoming product launches of Alfa Romeo and Maserati models. Still, both he and the FCA board hopes that the separation from Ferrari and offering 10 percent of its stock in an IPO would infuse FCA with some much needed capital. Regardless of what may come next, the most interesting man in the automotive world will continue to be worth watching heading into 2016. Image Credit: Jalopnik