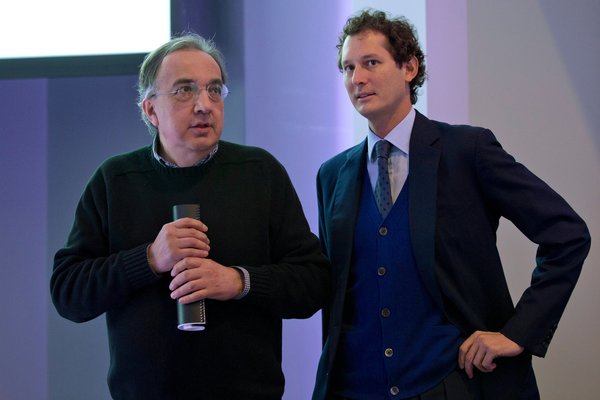 Negotiations with the United Auto Workers (UAW) Union has always been a source of strife in the American auto market. For 19 hours now, Sergio Marchionne in debate with Dennis Williams in order to reach an accord for wages and Healthcare, among other things. FCA’s negotiations with UAW Union are setting a precedent for the other major Detroit Automakers. This round of debate was much fairer than the last round. After the crash of 2008 the UAW went into the negotiations with an arm tied around their back. As a stipulation of the government bailouts of major Detroit automakers, the UAW was not allowed to use their most powerful weapon; staging a strike. That was not the case for this year’s negotiations. Because of this, the debates were extended well beyond their deadline, which was last night at a minute to midnight. The United Automobile Workers Union decided to target FCA first, to set a precedent for Ford and General Motors, as they are in a better position financially. The major points of dispute were wages and the rising cost of healthcare. Marchionne was considering removing the two tier payment system that has been a staple of wage pay for years. He planned to reach a middle ground between the $16 that entry level positions were paid and the $28.50 that veterans received. This would have cut overall costs for FCA by quite a bit, because only 40 percent of waged workers in the factory are entry level. In the long run, this would deter wage hungry veterans from staying with the company while keeping noble workers. It would also encourage new workers to join, which is what the growing auto manufacturer most desperately needs. However, that initiative was doomed from the beginning, because the UAW vowed not to decrease veteran pay and that it would not even been considered. As of now, it is not clear what wages the auto group has settled at. However, as far as the United Automobile Workers Union is concerned, it is only a benchmark. They will use the percentage increase that FCA agreed to in order to hedge a minimum increase for the more fiscally flexible Ford and GM. This is not the only monumental change for the UAW. Arguably more impressive is the potential precedent set by crafty Marchionne. He and Williams have agreed to a mutually beneficial co-op for healthcare. Williams claims that the other Detroit automakers have agreed to establish a healthcare co-op to ensure that workers of  all three companies are eligible for the cheapest prices. Thus far, the tentative agreement has only been viewed by a select few. However, both Sergio Marchionne with FCA and Dennis Williams with the United Automobile Workers Union agree that the precedent set by the negotiations should be promising for both sides of the fence. As of now, the settlement is trickling down the UAW, if all of the members agree and sign, the headache for Marchionne will be over. However, that will only be the beginning for Williams. After the settlement is set in stone, he sets off for the next round of negotiations with the monetary powerhouses GM and Ford.