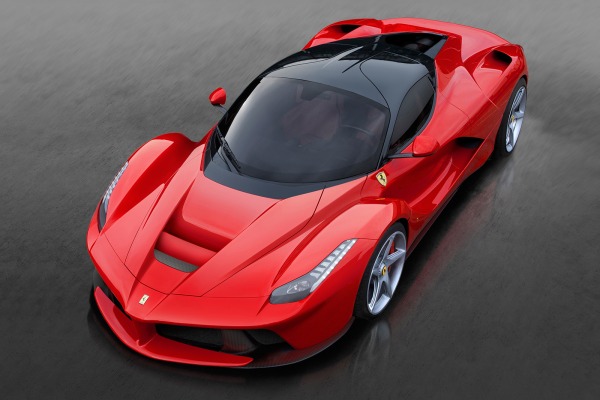 Ferrari S.p.A is almost undisputedly the most iconic name in the history of tools for transportation (‘tools’ implying that animals and forces of nature are not included; ‘name’ excluding the wheel). The auto manufacturer had a reputation in the racing industry before even going commercial; now its pedigree is above reproach; it is the best... period (unless of course you are following the current season (Lewis Hamilton put Mercedes AMG Petronas F1 Team on his back)). Using that track record, the Luxury (goods) automaker has been able to carve out a prominent pedestal in the automotive market. This is exploitable news for Fiat Chrysler Automobiles (FCA) CEO Sergio Marchionne. Mr. Marchionne has been waiting for months to cash in on his company’s ties with the Italian motoring legend. His Initial Public Offering (IPO) could be as soon as this coming week, in it, Marchionne is going to offer 10 percent of what was Ferrari S.p.A. There are more perks awarded to the Italian stable of motoring stallions than the irrefutable reputation it commands. It has the luxury of being considered a supplier of luxury vendibles. This is a huge asset for Marchionne (who has been working hard to attain the distinction), beyond being able to sell the products at a premium price. If the public is willing to accept the classification, that vernacular alone is going to double the valuation of the company formerly known as Ferrari S.p.A. FCA owner, Marchionne has his entire auto group’s future tied to this IPO. He claims that his old company (Marchionne was once the CEO of Ferrari before heading FCA) would be worth north of $10 billion. In the past, people have accused Marchionne of being overly optimistic, analysts (on average) were expecting an $8.7 billion appraisal of the company. However, the demand for the stock is much like the demand for the cars that they make; far surpassing supply. Thus, tomorrow morning when the Stock goes public, it will be a race for the 10% in shares up for grabs. Appropriately, the name it will be under in the New York Stock Exchange (NYSE) is RACE. If that supposition is not hearsay, FCA is in for a remarkable revival. Ferrari’s entrance into the NYSE will yield about a billion dollars for the company; who by next year will be detached from the iconic equine badge; FCA. Interesting, the company whose inherent eminence is actually amassing the money by entering the market is not making any of it in exchange. In essence, (not Ferrari S.p.A., but) Ferrari N.V.’s public offering is not going to benefit the company at all… well, except maybe in that their Naamloze Vennootschap (N.V.) status may or may not allow them to enjoy limited taxation. If I understand correctly, companies based in Holland that make most of their money in foreign sales enjoy a tax loophole of some sort. Regardless,  FCA stands to gain a great deal from the IPO. If nothing else, the Auto Group will get about a billion from the IPO and $3.2 billion from the stable when it splits from FCA. If Marchianno is lucky, FCA will be associated with the legendary automaker. Either way, if FCA can turn its fate around, the credit will go to Ferrari.