Ferrari S.p.A. May Save FCA 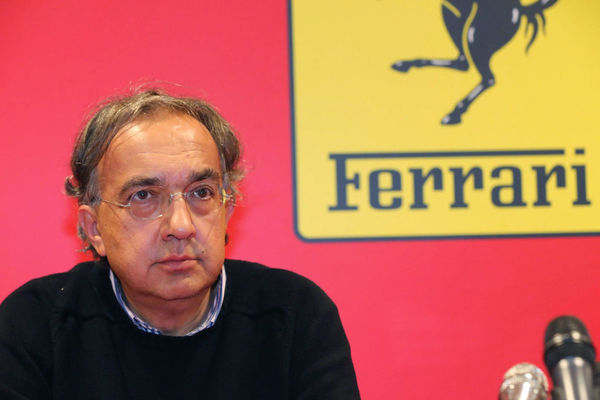 Ferrari S.p.A is easily one of (if not) the most iconic automaker in the world. Their automotive miracles have never not been plastered all over kids bedrooms (I still own a 360 Modena poster though it no longer graces my wall). Lucky for FCA, they actually own Ferrari S.p.A, and it just may save them in the long run. FCA has been growing like a chicken on hormones thanks to Sergio Marchionne. With him at the helm, Chrysler vehicles have had fantastic face-lifts and boosted production numbers. Almost all of the vehicles under the FCA umbrella have seen unprecedented sales increases. However, selling more cars with cheaper production value typically has its consequences. Which Fiat found out the hard way. They were ripping automobiles in record numbers (within the company), but their infrastructure was not ready to handle both the volume, and quality checks afterwards while still meeting deadlines. This lead to well over a dozen recalls and a reprimand from the NHTSA. That is FCA’s only problem right now, they do not have as much money as they would like. That is why Marchionne has been courting Mary T Barra (the new-ish CEO of GM) for a while now. He wants GM’s American money and infrastructure to pair with Fiat’s impeccable Italian styling intuition to create a super auto group to rival VW AG. Which in Marchionne’s defense could be a good idea. Analysts have said that the cost savings could be up to 10 billion, and at least 5 billion. The cost savings, would come from cutting redundancies; sharing platforms, engines, and established infrastructures in certain parts of the world. Opel and Fiat could merge in Europe, where neither car manufacturer is doing well. They could also consolidate the Sierra, Ram and Silverado into one F-series trouncing full-sized truck with the body of your choosing. On that note, it would be even more interesting to see, GM’s fantastic engineering and infotainment as of late, with: Fiat, Alfa Romeo, or even Ferrari as a coach maker for those who find GM's styling a little too futuristic. Imagine a 2017 model year Volt (or Bolt for that matter) that closely resembles Alfa Romeo’s new Giulia sports sedan… wow. Unfortunately, Barra has made it abundantly clear that she is not on board with the merger. But,  Barra may change her mind after Ferrari S.p.A’s IPO potentially saves FCA, with the billions the Italian icon looks to gain by going public. Marchionne is expecting more than the average 8.7 billion four analysts valued it at. He says that he’s expecting the IPO will prove that the company is worth €10 billion. Marchionne is selling 10 percent of his supercar manufacturer, dividing the 80 percent amongst FCA investors, while Enzo Ferrari’s mistress’s son; Piero; keeps his 10 percent. If successful, Marchionne plans on using the money to reinvigorate the; Alfa Romeo, Jeep, and Maserati brands. If successful, Ferrari S.p.A. may save FCA, only by having flourished prior to being bought and then the IPO. Hopefully, the Takata airbags that were installed incorrectly on 814 Ferrari models will not affect the IPO profits.