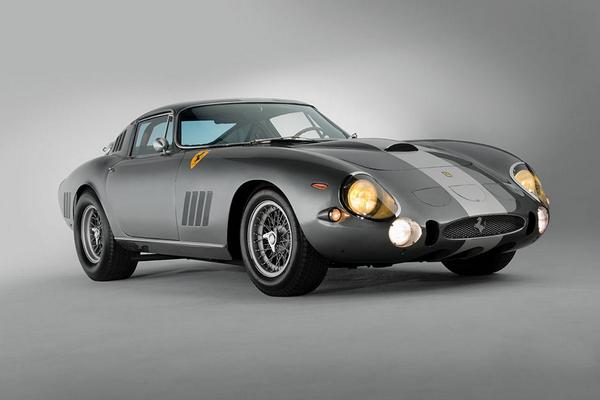 The Ferrari S.p.A. Initial Public Offering (IPO) is today. Sergio Marchionne has been patiently waiting for this day, for months now. Reason being: Fiat Chrysler Automobiles (FCA) stands to gain at least $4 billion from the aforementioned IPO (and other ramifications surrounding the IPO). Fortunately, for Ferrari S.p.A. (but mostly FCA) the RACE icon (Ferrari N.V. is trading under the aforementioned icon) in the New York Stock Exchange (NYSE) is already sailing ahead of its own introductory price. That might confuse some people, why is the head of FCA benefiting from the IPO of a company that is not owned by FCA. The fabled stallion stable actually has an interesting relationship with parent (or at least guardian) FIAT, and more directly Alfa Romeo. Scuderia Ferrari (Ferrari Stable) actually started its life as a subsidiary of the criminally underrated; Alfa Romeo. The Enzo created team was so closely tied to Alfa Romeo he actually drove their cars before making his own. In 1939, Enzo broke away and formed his own company, he made eponymous cars for racing, then autos for production to fund his racing team. Inspite of his initial intentions, his autos became arguably as influential (if not overly so by now) as the racing team. The costliest cars ever sold, have predominantly (nine out of ten) been Ferrari S.p.A. vehicles that have never zoomed ahead of anyone on a race track (five of nine (though the most expensive was a crashed race car)). Typically, they are garage kept rare classics like the 1955 410 Sport that was deemed too unique and upscale to ever race. By 1969, Ferrari S.p.A. was a legend in its own right. In order to capitalize on its prestige, FIAT bought 50% of the company. FIAT also bought Alfa Romeo in 1986 when the company profits were suffering. As of a few days ago, Alfa is part of FCA and FCA owned 90% of Ferrari N.V. Before proceeding, this needs to be addressed. I am trying to keep this piece as factual as possible while still catering to Search Engine Optimization (SEO) techniques. I have been writing Ferrari S.p.A., however in preparation for the IPO Ferrari Naamloze Vennootschap (N.V.) headquartered in The Netherlands, became the holding company for Ferrari S.p.A. Therefore, the company going up for IPO is not Ferrari S.p.A.; Ferrari N.V. is. Since going on sale this morning, the shares’ selling price has jumped 17 percent. From $52 to above $60. Like the cars themselves this IPO has been glamorously commanded attention, creating a demand that far exceeds supply. By the end of the day, 80 percent of the company will be split by FCA shareholders, 10 percent will stay with Piero and the remaining 10% will continue to be fought over by zealous investors. Many IPOs were scheduled throughout the year, but more often than not the companies have opted out of proceeding for various reasons. However, Ferrari S.p.A. has trudged ahead, the RACE sticker will likely belong to the most monumental IPO this year. FCA could not be more elated. It seems Marchionne’s 11 figure estimate will ring true. By next year, FCA will have raised $4 billion from Ferrari. A billion or over from the IPO and $3.2 Billion from an agreement reached by the two companies when they decided to officially ‘split.’ Though an 80 percent stake is not insignificant.