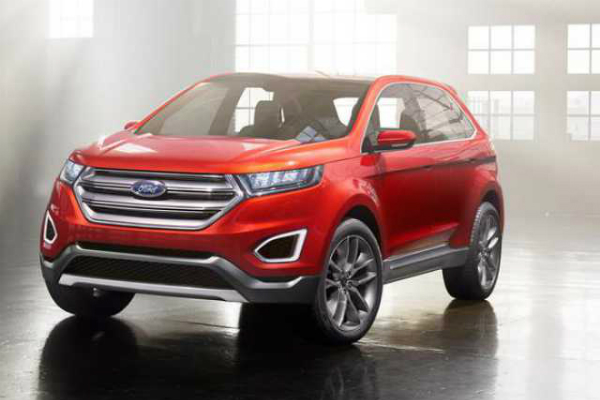 The Ford Escape has done exceedingly well for the company, they sold over three million last year alone. In the fastest growing market of the automotive segment (small SUVs), it has managed to maintain its position of number two despite mounting opposition. The only car that outsells it, is the Honda CR-V; that is probably primarily due to the gas mileage enjoyed by CR-V owners. Despite the mileage, the difference between the two (sales wise) is only 300,000. However, in spite of highly competitive sales; Ford has decided to preemptively update the Escape before the car becomes trite. The revamp leaves convention by the wayside, the Detroit automaker even added a twin-scroll ecoboost option. According to Bloomberg, the small SUV moiety is only going to grow in the future. With gas prices dropping daily, the category becomes increasingly appealing. The footprint is no larger than that of a typical sedan, but the space within goes much further. Apparently, the two largest (and most divided) parts of the population are getting to an age where the SUV is perfect for both of their needs. The Baby Boomers are getting to an age where sitting down into their car, is more taxing than stepping up into their SUV. And the Millennials are at the point in their life where they are settling down and starting families, which requires more storage capacity. Thus both demographics are trading in their sedans for SUVs. Ford forewent the conventional practice of allowing their product to become outdated before remodeling, instead the Escape was improved upon mid-silver reign. Honestly, the company is showing good faith by proving that their interest is solely on providing consumers the best product regardless of sales numbers. The most striking adjustment is aesthetic. It is designed to closer resemble the Fusion, whose appearance won over numerous mid-size sedan buyers. Now Ford is banking on the Escape’s presence to win over more buyers. Currently, Car and Driver ranks the SUV 4th in its segment, however, with all the improvements it may not stay. Starting next year it will be offered with three different powertrains; the entry level 2.5 litre inline four cylinder  iVCT, a smaller version (1.5 litre) of the Mustang’s ecoboost, and an uncommon twin-scroll turbocharged 2 litre ecoboost. The first two specimens are relatively familiar. The 2 litre ecoboost was unveiled about a year ago, but has a rare twin-scroll that basically anyone outside of mechanical or racing circles is unfamiliar with. First: an engine is made better by properly managing (maximizing smooth) air flow. Turbochargers are designed to recycle the hot air wasted exiting the pistons. It uses their energy to spin a fan, which in turn helps another (inside the compressor) force more air (by compressing it) into the cylinder. Typically, a single-scroll turbo accomplishes this task in an irregular flow, due to the pistons firing sequence (e.g. 1-3-4-2) and the reliance on a single pulse of air. To combat this, mechanics have experimented with shaping the headers (changing size and length of the manifold pipes), the idea is to improve timing allowing for more cold (dense oxygen-rich) air to enter each cylinder. The twin-scroll improves efficiency further by channeling hot and cold gases separately, allowing for more scavenging (taking cool exhaust gases and mixing them in with air from the compressor for added efficiency). Twin-scrolls are more adept at scavenging because they capitalize on the time where the last piston is still closing and the first is just opening. This results in more than just power gains (specifically decreased spool up time and increased high-end power), it also boosts fuel efficiency by up to 5 percent (by decreasing system heat). Despite the vast improvement, technically it is not a generational change for the Escape in the conventional sense, because it still rides on the same platform, but Ford is insisting that it be seen that way due to the vast improvement. Semantics aside, all these changes will have no effect on sales numbers, because the Escape is already being built at peak capacity. What is more important are the negotiations with the UAW, which are looking grim.