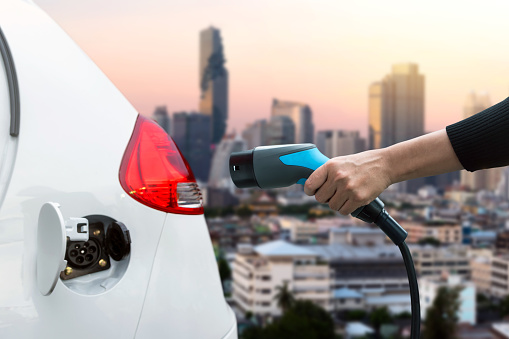 As Ford Motor Company increases its investment in autonomous vehicles, the planned production of an electric crossover is being moved from Michigan to Mexico. Moving the production of the vehicle that is expected to have a 300-mile range out of the country will allow the auto giant to create and produce self-driving vehicles in their home state.

Automotive News reported that an internal memo they obtained revealed plans to initiate the building of the battery-electric crossover by the summer of 2020. However, it will happen at the Cuautitlan plant instead of in Flat Rock. Ford explained that this move will help the company bring the new and innovative vehicle to customers all over the globe while also supporting its business goals.

Many auto companies are putting more stock into electric and autonomous vehicles. Jim Hackett, the new Ford CEO explains that he is trying to balance Ford’s competitiveness with several other automakers and with tech companies out of the Silicon Valley while at the same time controlling their costs and improving the overall health of the company.

This move helps support Hackett’s goal of balance by using the Flat Rock plant as an “AV center of excellence” and moving the likely low-margin electric vehicle to a place with lower labor costs. Previously, the electric battery crossover was going to be built in Flat Rock in addition to an yet to be named autonomous vehicle that was to be released in 2021. A $700 million investment that is expected to bring 700 plant jobs was responsible for the expected growth.

Along with the move to Mexico, Ford confirmed that it will also invest another $200 million and create another 150 jobs. Ford spokesman Alan Hall explained to Automotive News that the opportunity is bigger than they originally thought. He also revealed in December of 2017 that the autonomous vehicle will be a hybrid of commercial-grade with a brand new nameplate. Prior to this announcement, all we knew about this new vehicle is that it would not be a Fusion sedan, although Ford had been testing the technology on this particular vehicle.

The self-driving vehicle will be released at-scale in 2021, according to Hall. It will be created for ride-hailing and package delivery. Hackett had previously reported that Ford will start testing out the technology in an unnamed city sometime in 2018.

Ford is trying to dispel the myth that it is struggling to keep up with General Motors who announced that it will deploy autonomous vehicles in 2019, a full two years in advance of Ford’s plans. Even with the government pushing and mandating, the public has not been gravitating towards electric vehicles.