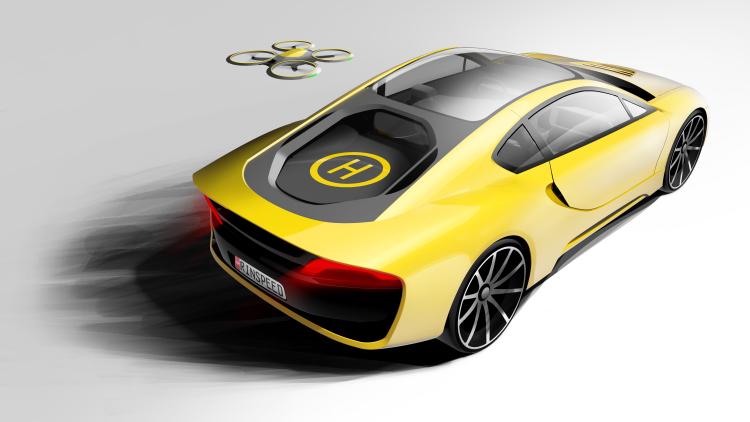 Ford has long been one of the most recognizable names in the automotive industry. Responsible for innovations in all fields of driving, it comes as no surprise that one of the largest manufacturers of vehicles in the world has registered over 1,400 patents in 2016 alone. This is the most patents registered among even larger automakers, and one of the most exciting innovations developed by the brand is a potential patent for a self-driving vehicle that comes with its own drone.

Based on a collection of data compiled earlier by the United States Patent and Trademark Office, statistics found that Toyota was granted only 1,300 patents this year so far. General Motors and Honda follow immediately after, at 1,100 and 1,000 respectively. In addition to beating others, Ford has also beat its own previous record, establishing over 25 percent more patents than the brand did in the year before.

The executive vice president of Ford's product development, Raj Nair, said that the increase in patents was a part of the push to increase development in more fully and semi-autonomous technologies. Shared utilities were the end goal and developers hope to make the experience more powerful for drivers all over the world.

He has said that he believes the innovative mindset has led to higher expectations from all types of industries, including automotive. The company's employees have been reported to be glad to keep pushing the envelope, and they are focusing on providing new and exciting technologies for their customers at record high levels.

In addition to the lofty goals for the drones, Ford has described other exciting patents to improve customer utility. With the self-driving car and drone option, the professionals are hoping that the drone system could help map the surrounding area as the car drives by. This helps improve visibility and provide the vehicle with better sensing of the area, past what standard sensors can see. Passengers will be able to see through the drone's eyes and control it through the dashboard on the vehicle.

Another patent was the planned development of an electric wheelchair for future cars. In this eChair system, Ford is planning on making life much easier for those who need wheelchairs to get around as well. Developers have created a lightweight electric wheelchair that can load onto a car and provide passengers with a stronger degree of mobility in the future.

Other plans also include installing a water fountain in the car itself. This was developed to provide drivers with water derived from the condensation around the vehicle. After filtering and cleaning, the water is safe to drink, and it can be an invaluable way to plan for larger trips without using too much storage space.