As Gas Prices Drop, Will the RAV4 Hybrid Replace the Prius? 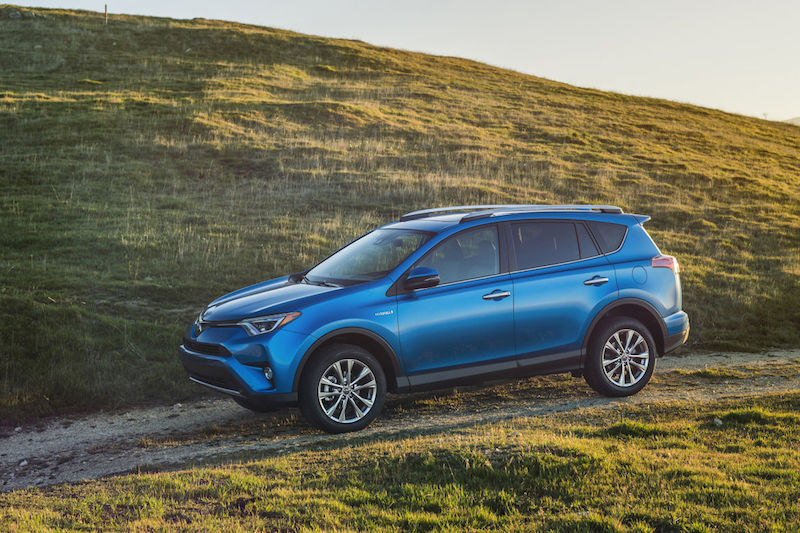 In my most recent post about FCA, I elaborated on how Fiat Chrysler’s minivan and SUV expansion was based on the assumption that gas will remain cheap in the foreseeable future. The folks at Toyota looked at the same gas-price data and concluded it was a reason to winnow down its line of Prius vehicles. According to Toyota North America CEO Jim Lentz, his company is currently considering whether it should axe Prius models as the Prius C and Prius V—both of which made their debuts just a few years ago—to be replaced by the 2016 RAV4 Hybrid (pictured). As the cost to fuel up declines, consumers tend to believe that there’s less need for a fuel-efficient model like the Prius. For this reason, Toyota forecasts global Prius sales in the range of 30,000 to 350,000 units for 2016. Were Prius able to reach this goal, it would put it in line with Lentz’s forecast of a 30 percent uptick in sales in 2016 over the previous year. Curiously, one of the selling points of the RAV4 Hybrid is its superior fuel economy for a sport utility vehicle, thus making Toyota’s reasoning for emphasizing it over other Prius models a bit specious. On the other hand, Americans certainly love their SUVs as much as they love saving money, and the RAV4 Hybrid provides consumers an opportunity to do both. Either way, executives like Toyota Division General Manager Bill Fay seem resigned to the fact that the Prius will no longer enjoy the salad days of several years ago. “Given all the changes in consumers’ preferences right now, I don’t think we’re forecasting the Prius to be our top volume seller anymore,” said Fay. Sales of the Prius line peaked in 2012, when it enjoyed its best year ever with nearly one million units sold in the U.S. At the time, Toyota so felt confident enough about the long-term prospects of the Prius that many within the company predicted it would be its best-selling line by decade’s end. Since that time, Prius sales have plunged, with only 113,829 units sold in 2015. With that said, Lentz and Toyota bigwigs cite customer brand loyalty as a key factor for what they predict will be a Prius sales resurgence. Despite this current fallow sales period, the Prius remains, by far, the most popular hybrid model ever made—over half of the eight million hybrids sold since 1997 carried the Prius nameplate. Image Credit: Cars.com