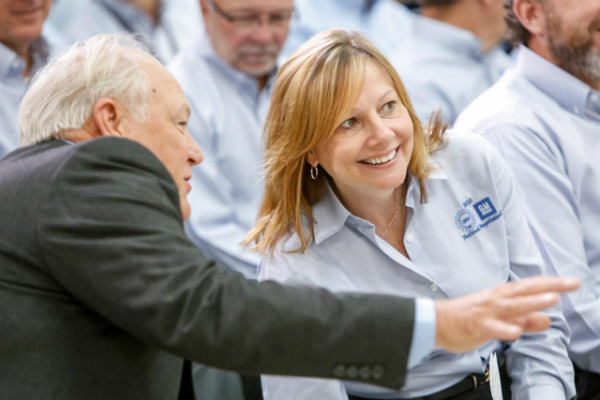 For over a month, the three major Detroit automakers (General Motors, Fiat Chrysler Automobiles, and Ford), have been negotiating new four year contracts with the United Automobile Workers (UAW). Thus far, only Fiat Chrysler Automobiles (FCA) has come to an accord. However, General Motors (GM) is looking to appease the UAW with their latest proposal, and the outlook seems optimistic. The FCA contract was a hard fought arrangement. For the first time in 30 years, a UAW representative approved plan was rejected by the rank and file members of the UAW. The overarching reason being the two tier pay scale, workers in all three Detroit UAW branches are attempting to phase out the implementation of said system. The FCA compromised without removing the system. They renamed the tier two workers and set in place a series of promotions that would yield a pay grade similar to the tier one workers after the course of eight years. The concordat was successful, so General Motors hopes to appease their ‘in progression’ UAW by establishing the same payscale with added benefits. They need for the contract to go through, or at least for the workers not to strike; to keep competitive. As is, GM factories are building at capacity while demand is still surging, a strike would cripple the company by costing them untold millions (pro tempore). General Motors CEO; Mary T Barra; said that she could not imagine a viable option outside of awarding workers what they want. Some have conveyed concern with the FCA’s initial repudiation. It had been so long since a similar act has surfaced, that the veto was met by astonished apprehension. In a sense, people had not been taking the UAW seriously. Around the turn of the millennia, the UAW was being accused of corruption by everyone actual union workers to labor. Along these lines, were the allegations that the UAW had ties to the Mafia. That mixed with the lingering idea that UAW were simply overpaid slackers resulted free fall in confidence. That is what made the initial tentative agreement’s abrogation all the more empowering. The Detroit three discovered that their factory workers were through with concessions. All of the auto manufacturers were reaping rich rewards from the blue-collar plight sans the trickle down of economics (surprise surprise). Not to take anything away from Sergio Marchionne’s freakish revival, but he made $34 million in 2014 alone, that could have paid quite a few middle-class salaries. Despite a series of recall issues ranging from ‘eh, whatever’ to 'how are you people not in jail???' General Motors has reeled in record profits. Recently, the company posted their third quarter earnings for 2015; $8.3 Billion in pre-tax profits. This only fed the UAW negotiation fuel. As a result, as soon as the FCA negotiations were finalized GM UAW threatened to strike. Learning from FCA (who threatened to strike after the first agreement was rebuffed), the General Motors branch of the UAW did not hesitate to show their trump card; instead of appeasing the GM, as had been done in the years following the housing collapse; they flipped the script. GM scrambled to piece together a proposal that squeezed in hours before the strike deadline.