General Motors to FCA: Thanks, But No Thanks on the Merger 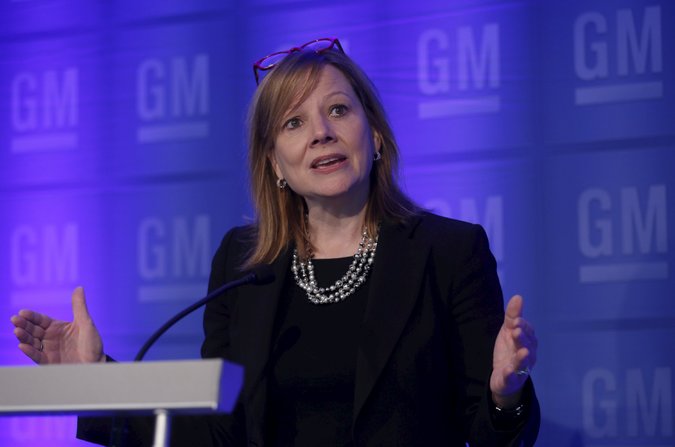 Last week, we reviewed a potential merger between General Motors and Fiat Chrysler Automobiles by focusing on the public pronouncements of outspoken FCA CEO Sergio Marchionne. Marchionne believes that a merger between his company and General Motors would benefit both sides. However, as Automotive News reports, GM’s reluctance to merge with FCA is based on the belief that doing so would throw the Detroit-based automaker off of its recent, positive corporate course. Marchionne has long argued for consolidation in the auto industry because he feels that it would increase efficiency and reduce redundancy. But executives at General Motors argue, rightfully so, that they know how to run a disciplined, streamlined organization. The company’s post-bankruptcy strategy under current CEO Mary Barra (pictured) has been to invest in potential growth areas, such as installing 4G WiFi connectivity technologies in its vehicles, and de-emphasizing markets and models in which the GM brand was are faltering. With that calculus in mind, insiders say, it seems unlikely that General Motors would upset that progress to engage in a risky merger with FCA. Under previous leadership, the future of General Motors, particularly in the wake of its 2009 bankruptcy, was far from certain. Along with instability and massive turnover at the executive level, the future of the company’s Eurocentric Opel brand was also in question. In fact, GM was slated to sell half of its controlling interests in its German-based subsidiary before terminating talks in favor of a multi-billion restructuring plan. Since then, General Motors has seen Opel sales rebound as a result of the company’s plan to strategically target European markets. In addition, GM’s plan to reintroduce midsize pickups and redesign its full-size trucks—ideas that were criticized heavily at the time—have led to increased profits in 2015. While Marchionne believes that General Motors would benefit from a merger with FCA, GM execs counter that it’s FCA that would reap the primary rewards from such a partnership. In particular, they point to GM’s strong market presence in China, unified platform designs and plug-in hybrid powertrains as strengths that would be diluted in a FCA union. Marchionne has made at least two direct merger overtures to General Motors this year, but to no avail. His most recent overture came in March of this year, when Marchionne appealed directly to Barra via email. However, by June Barra formally rejected the merger proposal made by her FCA counterpart and has since shown no inclination to continue talks. “There was an email that was very much vetted by our management and our board,” Barra said. “After we reviewed that, we were committed to our plan.” For his part, Marchionne has maintained that a FCA-GM merger would represent “the best possible strategic alternative for us and for them. General Motors does remain the ideal partner for us and we represent a not easily replaceable alternative for them.” Despite the rejection, FCA has done well for itself. While many auto market stagnated or declined, SUV and truck sales for FCA and others reported gains according to August sales figures. Also, for what it’s worth, Mad Money’s Jim Cramer thinks it would be in GM’s best interests to merge with FCA. Despite solid profits in the U.S., Cramer contends that the company hasn’t been able to sustain sales abroad. Cramer also heaped praise on Marchionne and criticism for Barra. “The man's a visionary,” Cramer said. “If you could get (GM) together with Marchionne that would be terrific, a lot of shareholders would like it. I know Mary (Barra) doesn't want it. She was dismissive of Marchionne. That's just arrogance, I don't have room for in my portfolio for that.”