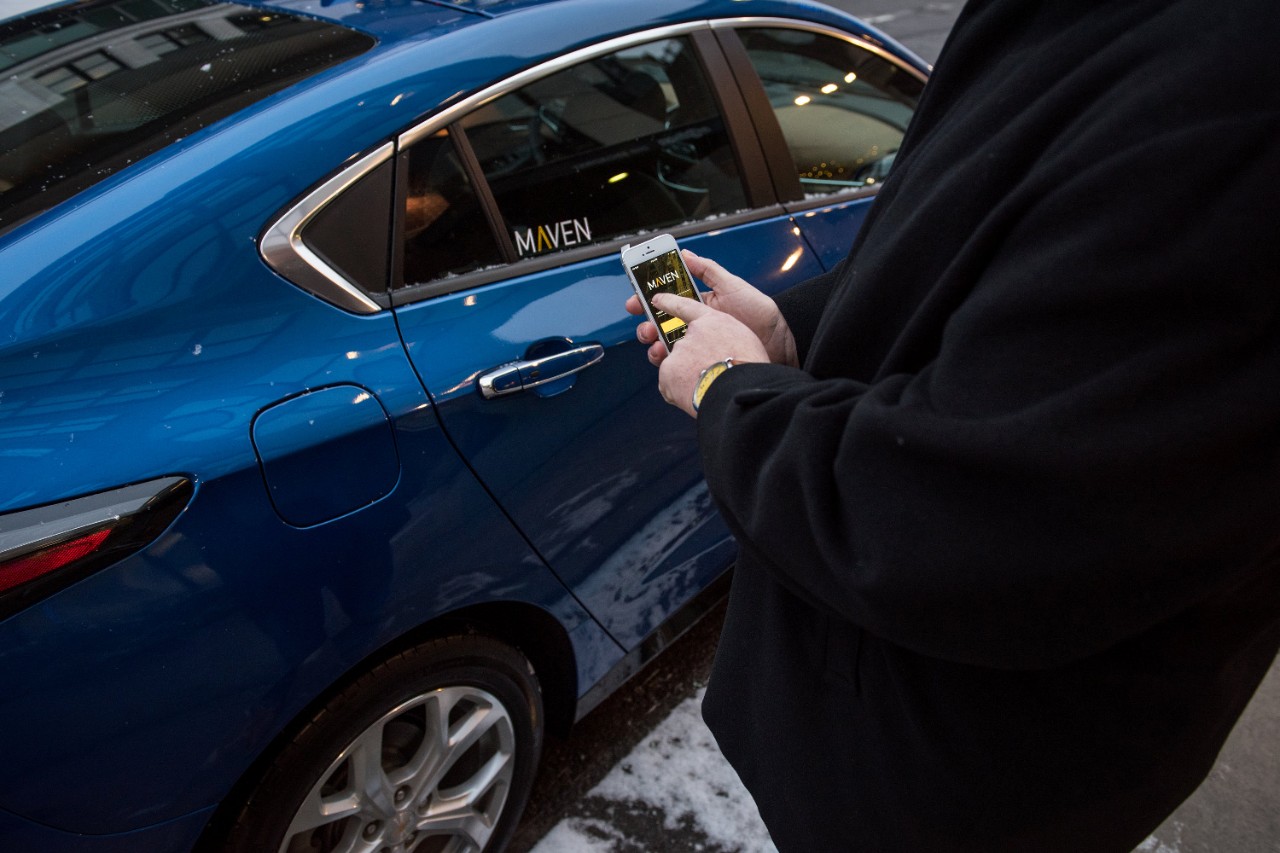 Car-sharing services have exploded in popularity worldwide over the past several years and it’s not hard to understand why. Companies like Uber capitalized on the popularity of smartphone apps to make it easier than ever for users to order their vehicles. The true genius of the car-sharing business model is that it allowed Uber and others to target demographics that aren’t traditional car owners, such as city dwellers, the environmentally conscious and, perhaps most notably, college-aged drivers. Therefore, it stands to reason that the major automakers would want to get in on the act. The latest of them to mount a challenge to Uber is General Motors, who announced this past week that it was launching a car-sharing service of its own. The GM Maven service is seemingly designed to specifically entice the technologically savvy, cash-poor college student. Like Uber, GM Maven users can locate and then order the vehicle of their choice via a smartphone app. A Maven customer could also use the app to unlock, start, heat and cool the vehicle (pictured). Unlike Uber, however, the cost for a GM Maven ride is significantly less—the price to rent a Maven car is between $6 to $12 an hour. What’s more, there are no membership fees or other hidden costs involved, thereby making it instantaneously appealing to people who don’t want to commit to an onerous relationship with a car-sharing company. Capturing the youth market is key to GM’s long-term car-sharing strategy. Along with other automakers, GM has situated its car-sharing models near college campuses. The first collegiate target of the GM Maven product launch is the University of Michigan, where 21 Maven vehicles will be parked near the campus in Ann Arbor. In addition, plans are underway to expand GM’s Maven program in the coming months to major metropolitan markets like New York and Chicago. GM is also exploring partnerships with car-sharing companies in foreign markets such as Germany and China. So far in 2016, GM has made significant investments in what it calls “personal mobility.” The automaker recently purchased two ride-sharing services that were would-be contenders to Uber: GM completed its $500 million deal with Lyft a few days after the New Year and then purchased Sidecar for an undisclosed sum shortly thereafter. With the rise of Uber, traditional automakers like GM recognize that they need to offer its own transportation services in order to compete for the consumer dollar both now and in the future. “Maven provides on-demand access, choice and ease of use,” said GM Vice President Julia Steyn. “With more than 25 million customers around the world projected to use some form of shared mobility by 2020, Maven is a key element of our strategy to changing ownership models in the automotive industry.” According to GM projections, over 25 million people will use car-sharing services by the end of the decade. That’s about five times the current rate of car-sharing use, so it’s clear that GM and its competitors will be bullish on this growing business model going forward.