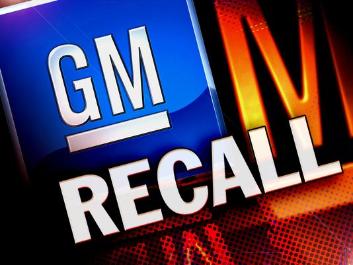 Another year, another round of GM recalls. On Tuesday, the beleaguered automaker announced a worldwide recall of over 1.4 million vehicles. The reason for the recall should be familiar to GM and auto industry followers: a potential for engine fires from oil leaks onto a hot exhaust manifold. This is the fourth time in the last seven years that GM has issued a recall because of this issue, with the most recall occurring in 2009. Among the model vehicles subject to GM recalls: • 1997-2004 Pontiac Grand Prix • 2000-2004 Chevrolet Impala • 1998-1999 Chevrolet Monte Carlo • 1998-1999 Chevrolet Lumina • 1998-2004 Oldsmobile Intrigue • 1997-2004 Buick Regal GM spokesperson Alan Adler admitted that the defect, which primarily affects vehicles with 3.8-liter V6 3800 engines, has been linked to 19 minor injuries in the last six years. However, he insists that it hasn’t resulted in any reported crashes or fatalities. Adler also added that it was “working on a remedy” to the problem. According to Adler, previous GM recalls failed due to “aging and wear to the valve cover and valve cover gasket can allow oil seepage.” In earlier GM recalls, this issue led to a reported 1,345 engine fires. The automaker urged owners of the defective vehicles to park them outside until they were fixed. To be sure, it’s been a busy period for GM recalls. In October alone, GM recalled certain 2015 Buick LaCrosse, Cadillac XTS, Chevrolet Camaro, Equinox, Malibu, and GMC Terrain vehicles linked to the Takata air bag issue, while another 3,300 GM pickups were recalled due to a ignition switch defect. Even in a year as recall filled as this past year was, it appears that the final recall tally for GM and automakers will be quite substantial. GM didn’t issue any further details about the total cost of its latest recall or the procedure by which they will be fixed. But for other information on GM recalls and the current status of your vehicle, visit the GM Recall Center. Image Credit: WILX.com