Google Cars Are too Cautious to Be Safe 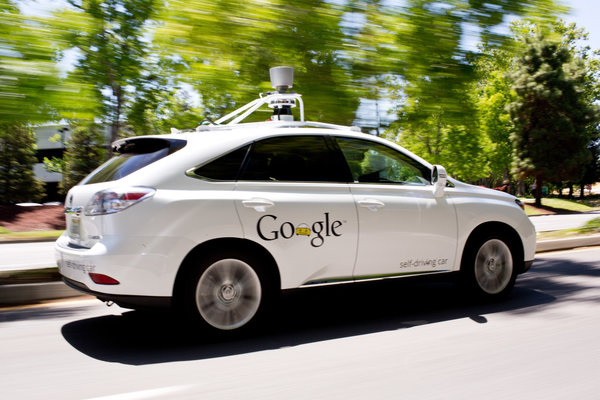 One day Google (or Alphabet (or a combination of both)) will take over the world. For now our goals are in line with our online overlords; we all want internet, they want more people on the web (regardless of whether we use their search engine or not). Now Google wants to search the infrastructure webs in their super safe autonomous autos. There is only one problem, the cars are too cautious, so much so they err on the side of danger. In order to ensure the safety of the autonomous auto in question, years of real world experiments has been conducted. Namely, there are a handful of functional autonomous cars roaming the streets of the US. Inside these test cars are human guinea pigs (Google employees). The person inside the car is there to gauge the typical reaction of a rider. Not to mention, it is still illegal for a car to drive in a populated area without a ‘supervising passenger’ (the reason for the air quotes will be explained later). The Alphabet company has released periodic reports on their cars’ safety. This latest report was for October. The report was so uneventful that they resorted to complaining about how difficult it is to keep drivers engaged when they are lulled into a deep sense of security by Google. One guinea pig felt comfortable enough to completely turn his back to the streets while rooting around for his charger in the back seat. This was not only observed by Alphabet. General consensus says the average human would simply stop paying attention to the car after establishing its efficacy. However, not all reports are uneventful. Some have interesting situations. For example, in May 2015, the Google car came to an intersection; it was cautious enough to ensure the well being of two bikers who weren’t being too safe. One of the bikes was riding on the wrong side of the road, while the other veered across the car’s lane after having been in the turning lane. Humans are less adept to handle a situation like that. Not only are humans more reckless (intrinsically), but the visibility was minimal, and it was the bikers who were the issue, they were breaking traffic safety laws. The over the course of a million miles driven by the Google car, the only accidents have been caused by people. Typically, it is a traditional driver that rear ends their car, but in one case it was likely the fault of the safety passenger in Alphabet’s auto. As the auto approached a crosswalk, it slowed for a pedestrian. The supervisor inside the car decided that the car had not done enough, so they applied the brakes. As a result the car behind them, hit them from behind. In that case it was the supervisor that over reacted, however it is normally Google’s software that embodies a nervous nelly. At one point the car could not traverse a four way stop because real drivers never made a complete stop, which transfixed the poor Google car. More annoying for other drivers, is the fact that the car will not top 25 miles an hour. Recently, one of the test models was pulled over for delaying traffic in a 35 mile an hour zone. Now, the company has proved that they can make a secure car, now the trick is to find the sweet spot. How much of a scofflaw can an autonomous auto be? If the Google Car is too cautious, than drivers are going to be off put by its overly safe demeanor. The software needs to get bolder without inching into Crazy Taxi Territory.