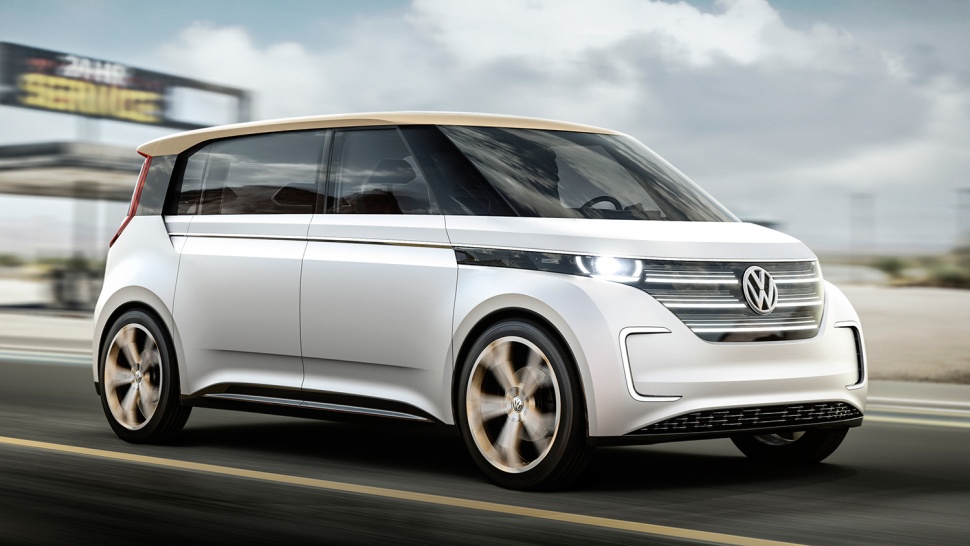 At this point, Volkswagen could use a win. The beleaguered German automaker has faced an onslaught of bad PR in the wake of its diesel emissions scandal that led to massive recalls. For some consumers, the automaker’s sins may be too serious to forgive, but Volkswagen hopes to change hearts and minds with the return of the VW Microbus. As we teased last month, the all-new edition of the VW Microbus (pictured) was unveiled at CES 2016 as a zero-emissions electric vehicle concept dubbed BUDD-e. (It’s not entirely clear why Volkswagen gave the Microbus this designation, unless it was inspired by another lovable machine to elicit some sympathy.) To be clear, Volkswagen’s Microbus revamp is at the concept stage, at least for now. If and when it makes its debut in U.S. showrooms, the earliest customers can expect it is in 2019. With that said, any excitement Volkswagen can generate at this point about its vehicles has to be considered a win. The VW Microbus is the first electric vehicle to use the company’s unique Modular Electric Platform (MEB) design. (And yes, we realize that the “B” in that acronym doesn’t exactly refer to “platform”—Germans, huh?) Volkswagen anticipates that MEB will allow electric vehicle owners to reach 80 percent charging capacity within 15 minutes. Volkswagen promises that the MEB platform for the VW Microbus will be large enough to accommodate a 101 kWh battery and other electric vehicle components as well as interior space for several passengers. In addition to old-school style, the VW Microbus exceeds 21st Century performance standards, particularly where electric vehicles are concerned. With its e-mobility initiative, Volkswagen’s vision for an electric vehicle future includes extended mobility and longer battery life. The Mircrobus’s MEB body allows for a pure electric range of 373 miles, as measured by the New European Driving Cycle (NEDC), along with a top speed of 93 mph. With regard to interiors, Volkswagen elected for a “comprehensive digitation” of the BUDD-e’s dashboard. In plain English, this means that the vehicle’s instrument cluster and infotainment center have been smooshed together to form one large navigation panel. Via this panel, drivers can at once access their apps and control vehicle functions. Another cool feature of the VW Microbus is its gesture control technology that enables drivers to open the doors with a literal wave of the hand. This same interactive system allows users to control vehicle functions via touchscreen or voice control. For instance, you could control the temperature inside the vehicle or customize the lighting. Maybe it is these intuitive, user-friendly features that led to VW christening this electric Microbus the BUDD-e—we can certainly see how it would be a driver’s best friend. As we mentioned earlier, the VW Microbus won’t likely be available for sale for a few years, and that’s if it’s even produced in mass quantities. With that said, many of the BUDD-e’s components, particularly the MEB platform, will be incorporated in VW electric vehicles going forward. Until then, follow Auto Publishers on Facebook and Twitter for the latest automotive news and great vehicle listings in your area!