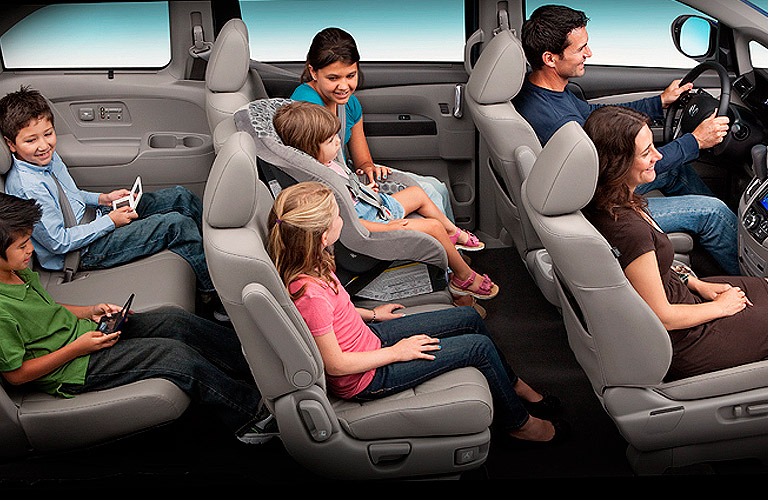 In Homer’s Odyssey, it took Odysseus twenty years to return home to Ithaca after fighting in the Trojan War. In about the same span of time, U.S. News & World Report has named the Honda Odyssey has been named Best Minivan for Families for the fifth consecutive year. We’ll leave it to you to decide which is the more impressive achievement. The 2015 Honda Odyssey also made U.S. News’ list of 2015 Best Cars for Families. It’s the second year in a row that U.S. News has recognized the Honda Odyssey for this honor. The Odyssey also made Kelley Blue Book’s list of 15 Best Family Cars of 2015. In forming its 2015 Best Cars for Families list, U.S. News & World Report voters deliberated on 259 vehicles for 19 categories. According to U.S. News, the Odyssey was among the vehicles that had “the best combination of high safety and reliability ratings, excellent reviews from professional automotive critics and the space and features important to parents and kids.” According to the voters, features such as a trash bag holder and in-vehicle vacuum distinguished the Odyssey from its competitors in the minivan segment. In addition, experts praise the Odyssey for its excellent driving dynamics, which is another aspect that they say distinguishes it from other minivans. First manufactured in 1994, the Honda Odyssey has been a venerable mainstay for the Japanese automaker. It was initially modeled after the Accord platform and included a 4-cylinder engine with a 4-speed automatic transmission and anti-lock braking. Honda presented the current fourth generation Odyssey at the 2010 Chicago Auto Show, with a mid-generational refresh for the 2014 model year. You can find out more about the 2015 Honda Odyssey by reading the U.S. News Best Cars Review. And for San Francisco-area residents looking to purchase an award-winning Honda Odyssey vehicle, look no further than SF Gate! As the number-one local auto marketplace, we can provide you with the information you need to make a new or used vehicle choice!