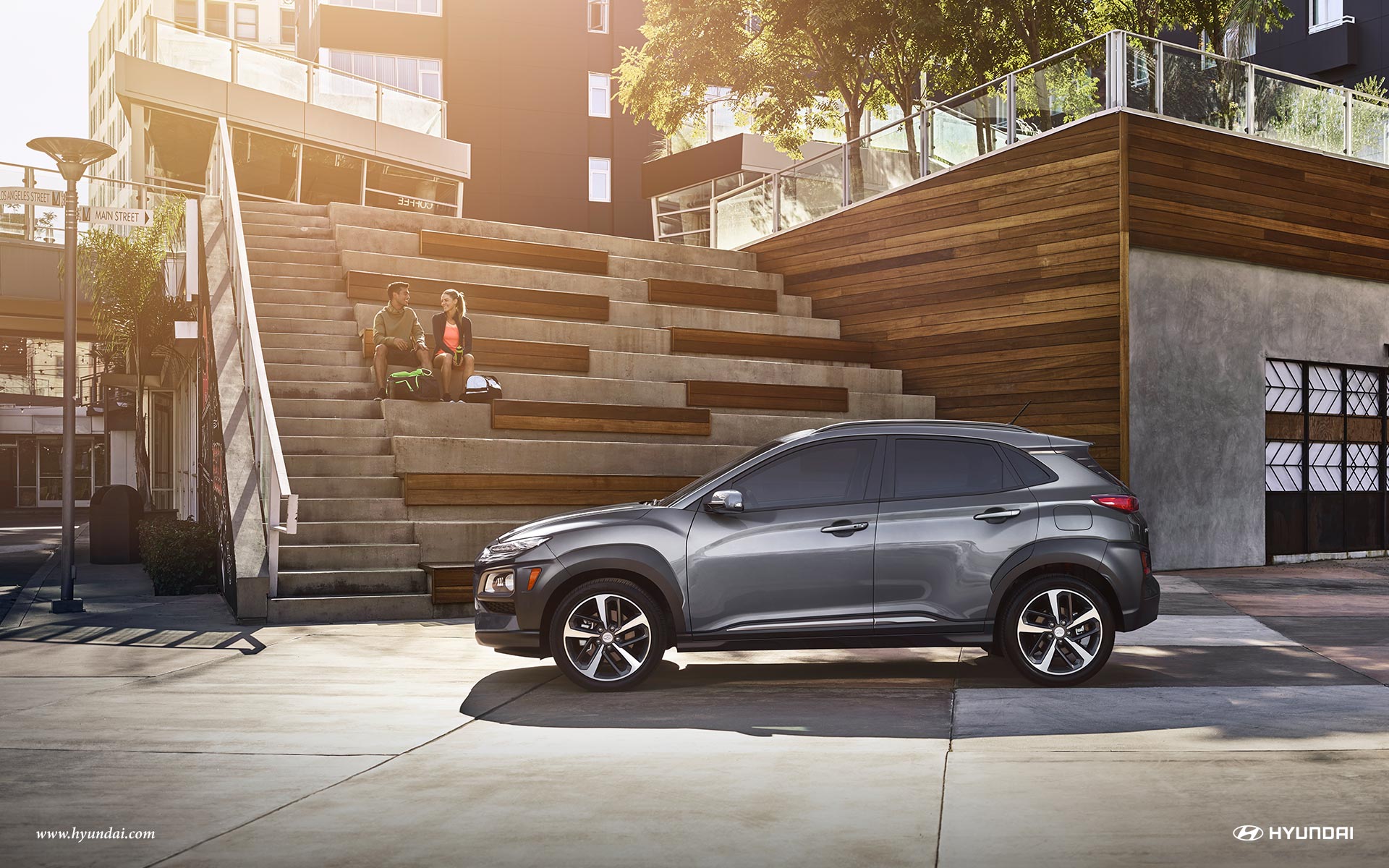 Hyundai is looking to expand the number of models they offer by expanding their line of crossovers. In an announcement made by the company, Hyundai says that they want to introduce or redesign eight crossover utility vehicles (CUV) by the year 2020. The first vehicle to lead the way will be the Hyundai Kona that will hit dealership floors in March of 2018.

Hyundai’s current lineup mostly consists of sedans. The only crossovers SUVs they have in their lineup right now are the Tucson, Santa Fe, and the Santa Fe Sport. Hyundai is beginning to realize that they failed to capitalize on the trend where a significant numbers of consumers were buying CUVs. The company is now attempting to catch up. Company officials at Hyundai state that they missed out on this CUV frenzy because they were low on supplies. Even now Hyundai’s current production capacity for their current CUV/SUV models is very limited.

When asked about how Hyundai plans on releasing eight new crossovers despite lacking the supplies and infrastructure for production, Hyundai officials simply dodged the question. However, this is a question that will need to be addressed eventually considering the range of vehicles the automaker wants to produce.

Hyundai plans to have a diverse span of CUVs that range from entry level subcompact vehicles to eight-passenger midsize vehicles. They also plan on including a wide range of powertrain and engine choices. The automaker plans on coming out with electric versions of their vehicles as well. A lot of supply chain logistics need to be figured out in a short amount of time if Hyundai intends on reaching their goals.

Hyundai is hoping that the Kona will help increase the demand for a Hyundai CUV. The Kona has some very promising performance stats. Customers can choose to get one of two engines: a four-cylinder engine that reaches a horsepower of 147 and has a six-speed automatic, or a turbo four engine with 175 horsepower that comes with a seven-speed dual-clutch automatic. Front wheel drive for both versions of the CUV is standard, and all-wheel drive is optional.

Some of the extraneous features are pretty nice too. The dashboard comes with a standard 7.0-inch touchscreen. The touchscreen can also be upgraded to an 8.0-inch screen that comes with navigation. The Kona is also compatible with Apple CarPlay and Android Auto, and has 4G wifi.

Currently, the price for the Kona has yet to be announced, but it should be comparable to the pricing of the CUV/SUV models that Hyundai currently has, ranging from $20,000 to $30,000 with costs being added on depending on the upgrades customers purchase.