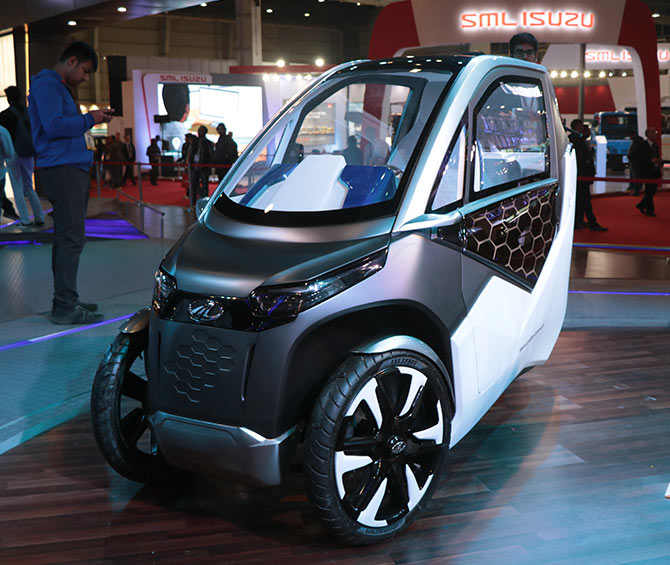 All over the world, electric vehicle developments are beginning to gain traction in the automotive market. Having recently invested heavily in all types of electric vehicle technology, the sports utility vehicle company of Mahindra & Mahindra, M&M, has said that it will not change any of its business plans to support hybrids. Though some of the group's biggest rivals are beginning to invest in hybrid vehicle technology, M&M has said that they are planning on continuing developments exclusively for pure electric options. This Mumbai-based company is currently the largest electric vehicle manufacturer. Some of the brand's most popular options in India include three-wheel vehicles, cargo vans, and a broad assortment of personal cars.

The managing director of M&M, Pawan Goenka recently spoke to analysts and said that both hybrid and pure electric options have their unique advantages and disadvantages. Though he believes that both may have specific applications according to the long-term driving situation, he has also said that the company's personal and professional beliefs lie in pure electric options. He has also said that the government of India will be planning on optimizing infrastructure developments predominately on electric vehicles in order to improve the engine's future. Though there are a few mild hybrids in the M&M lineup, the brand has not invested heavily in favor of stronger hybrid options in order to instead focus resources on electric vehicles.

Though many stand by the company's decisions, it stands in contrast with what many other electric vehicle developers all over the world are doing. Many major brands are focusing on optimizing hybrid technology in order to develop a stronger stop-gap solution for interested drivers. This helps not only lay the groundwork for a smoother transition into electric vehicle developments in the future but also ease the transition for drivers into pure electric vehicles. For many automotive manufacturers, it is also easier to work with hybrid systems as they still function, fundamentally, around the combustion engine. For many companies, it can be difficult to immediately develop the necessary systems in a timely and cost-efficient manner.

The rapid transition into electric vehicle technology for India promises to provide drivers with a broader variety of options in the future. Individuals will be able to enjoy a greener future because of how powerfully electric vehicles can help drivers reduce their carbon footprint. The tax systems in India heavily favor electric vehicles, as hybrid vehicles are taxed at a rate of over three times that of electric cars. Through such systems, many drivers are looking forward to seeing how the market will develop, especially given the unique development of electric vehicles in India compared to other countries around the world.