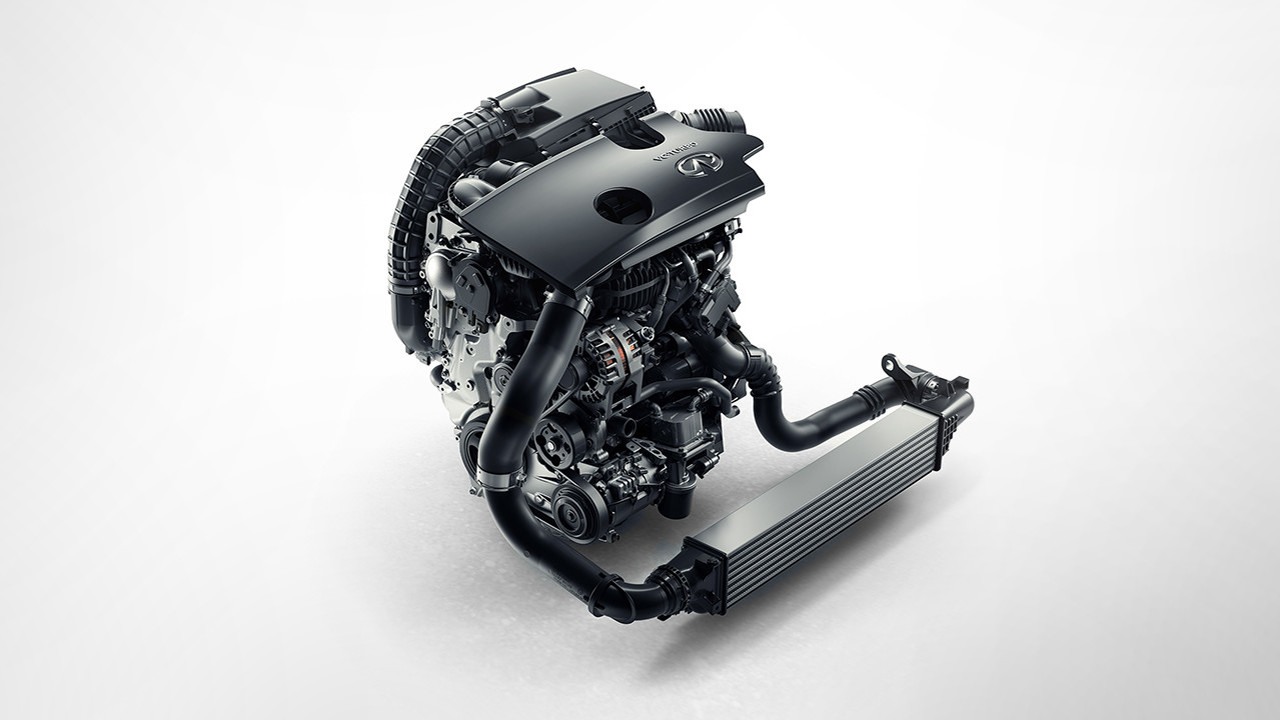 Infiniti has recently unveiled an engine that has the car world buzzing. The new VC turbo engine is being hailed as a groundbreaking new technology as it is the first production ready variable compression ratio engine that promises to give drivers improved fuel economy and can adapt to various driving conditions.

What makes this engine revolutionary is that the VC-turbo technology combines the power of a high performance 2.0-liter turbo gasoline engine with the efficiency and torque power of a 4-cylinder diesel powertrain. It also manages to lower the amount of emissions produced compared to the gasoline engine and diesel powertrain. The new engine is estimated to be 23% lighter than the current VC engine and will deliver an estimated 35% better fuel economy. The engine is also able to adjust the piston stroke instantly to transform the compression ratios based on driving conditions in order to optimize its performance and efficiency.

This system of dynamic compression ratios results in an engine that produces enough horsepower to compete with some of the larger V6 engines, while still having a fuel economy that is comparable to some hybrid vehicles.

Historically, the pistons have remained the same for the most part and were not able to transform their compression ratios based on external elements. If you were to compare all of the engines that came since the first car, the car novice will be able to see that this component has not changed at all. This is another reason why this engine is such big news. It is the first time in human history that an automaker has reworked the basic operating principle of the piston.

This engine has been in development for nearly two decades. While some critics think that Infiniti should have stopped developing the engine when electric and hybrid vehicles started to come into play, a lot of professionals in the automotive industry do not see electric and hybrid vehicles being adapted by the general public so quickly. For the foreseeable future at least, internal combustion engines are here to stay.

The engine has already been put into production. It will be made available in the brand-new Infiniti QX50. Thanks to the new engine, the QX50 has some impressive performance stats. With the new engine, the vehicle is able to reach a horsepower of 268 and has 280 lb-ft of torque. It is estimated that the engine helps the vehicle go from 0-60 miles per hour in 6.3 seconds, with a max speed up to 143 miles per hour. In terms of fuel economy, the engine holds up its end of the deal. The fuel economy on the QX50 is 27 miles per gallon.

What Infiniti has done with basic engine principles is something to applaud. Over time, engines have received upgrades and have had parts added or parts taken away. However, never has humanity seen an engine that can adapt to the conditions the vehicle is going through.

If electric and hybrid vehicles overtake the car market more quickly than expected, this may very well be the last time we see an innovation this momentous in a gas-powered engine. In the meantime, gas powered vehicles are here to stay. It will be interesting to see how the competition responds to an achievement like this.