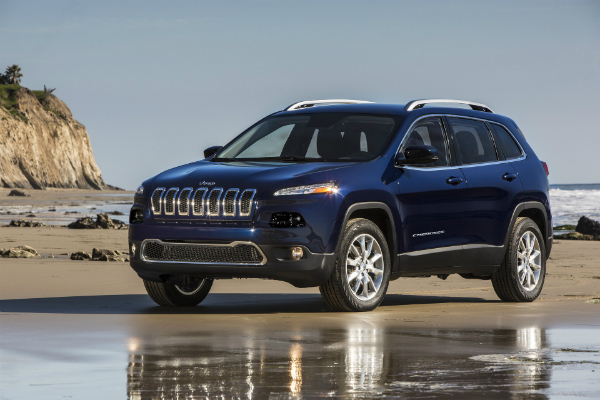 Yesterday the newest recall hit Jeep. Cherokees made in 2014 and 2015 are having to be sent back to the dealership for repairs. The problem stems from an unexpected pyrotechnic display, or in other words, Jeep Cherokees (and a Wrangler) have a history of fire related recalls. Fiat Chrysler Automotive is claiming the source of the issue is the same as Takata’s moisture. Apparently, the power liftgate upgrade on 2014 and 2015 model year Cherokees, is not worth the extra money, because they are susceptible to water leaks. If the water does enter the system, it can cause a short circuit. The short circuit, under the right circumstances, could cause start a fire. This recall, was just announced yesterday. A customer frantically complained to Jeep that his Cherokee had an unexpected pyrotechnic display. FCA immediately jumped on the problem, (which is great, because recently they did not for a similar problem). After they inspected the SUV in question they found that the power liftgate could be compromised by water. While one customer was guest to his own surprise bonfire, thus far there have been no injuries. In response, the iconic automaker is issuing the recall, and installing water shields to ensure that no other customer has the same surprise. Fire and recalls seem to follow Jeep Cherokees around. There have been quite a few allegations, in recent years, that the automaker has been the source of multiple flames. A couple of the allegations have been bold, but may or may not have sound reasoning behind it. Other than the one yesterday, the most recent fire related recall came last year. 850,000 2011 to 2014 Grand Cherokees and Dodge Durangos were eventually recalled, because their sun visors could potentially cause a fire. The visors’ mounting screws were, in some cases, rubbing against the wiring for the vanity lamps. The screws eventually penetrated the rubber casing for the wires causing a short circuit. After 62 cases that caused 38 fires and 3 injuries, FCA issued the recall. The solution was adding a plastic spacer, unfortunately issues persisted even after the recall. As of May 6th of this year, the investigation was ongoing. Before that, there was a customer complaint in 2012. Four months prior, the Walden family was involved in a car crash. Their 1999 Jeep Grand Cherokee, was rear-ended by a Dodge Dakota. Bryan and Lindsay Walden were able to exit the car without an issue after the collision, but their four year old son was not so lucky. Remington broke his leg, but that was only the beginning of this travesty. The accident ruptured the fuel tank, which started an inferno in the auto. The details are graphic, but the point is those parents could do nothing to save their son. The parents sued 4 months after the tragedy. They claimed that Jeep was at fault, because the gas tank was too close to the bumper. During this time more flame claims came flooding in. FCA initially refuted the claims and refused to pay the wrongful death settlement, their grounds were that the accidents happened at extreme speeds. If the Walden case is anything to go by, that assertion isn’t unreasonable. The force of impact must have been massive, because, as mentioned before, despite being in a car seat the boy broke his leg. Eventually FCA lost the case and paid the Waldens 150 million. As a result Jeep started installing a steel trailer hitch to protect the gas tank. That fix was challenged by the NHTSA. The reasoning behind it was that while the hitch helped at low speed collisions, at high speeds the hitch could skewer the gas tank. The last claim involving fire is the bold one I mentioned before. USAA (United Services Automobile Association) alleges that the skidplate under a Wrangler’s tank caused the catastrophic 2013 California Wildfire. The claim is that a Government agent was driving 2009 Wrangler through tall brush, the brush was heated by the engine then lodged between the skid plate and the plastic gas tank, next thing you know the Chariot fire begins its ride. That may or may not be true, but Jeep Cherokees have an unnerving history of unexpected Pyrotechnic displays, ending in fires and/or recalls.